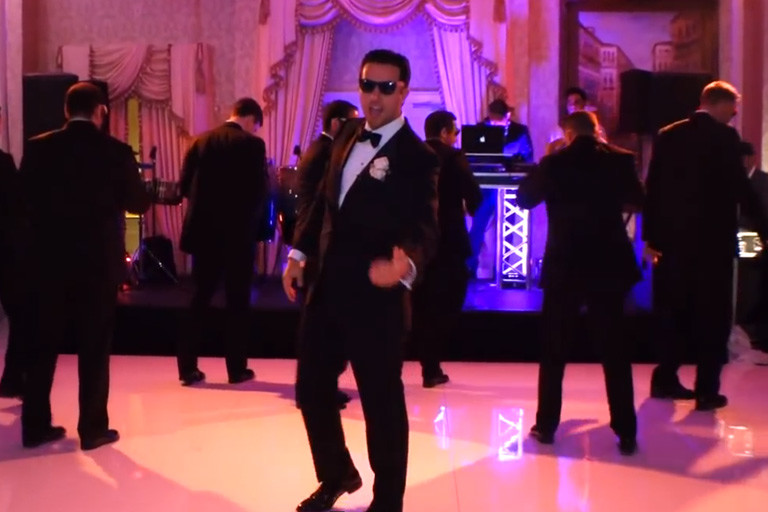 Groomsmen Get Their Groove On To Beyonce, Backstreet Boys And More!

We’re “Crazy in Love” with this choreographed dance routine! Groom Sean Rajaee surprised his new bride by hitting the dance floor with his groomsmen for a well-rehearsed (and hilarious!) group performance to songs by Beyonce, Bruno Mars and more.

We especially love the moment when the tempo slows and the groomsmen put on sunglasses as the first notes of “I Want It That Way” by The Backstreet Boys start up…who wouldn’t want to be serenaded by their very own boy band?! However, the cherry on top of the whole routine is definitely when the groom gets down on one knee and then kisses his bride to the tune of  Bruno Mars’ “Marry Me.” It doesn’t get better than that.

Needless to say, the clip became an overnight Internet sensation after the June 21st wedding (it already has more than 14 million hits), and we guarantee you’ll want to watch it more than once!