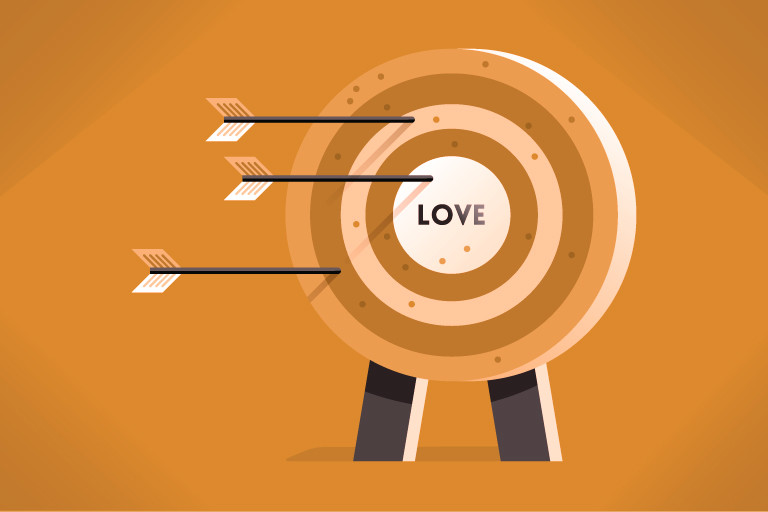 Here is how the conversation started. My husband John and I were in San Francisco at the Hertz rent-a-car. We were waiting to pick up a Camaro convertible for our drive to Big Sur. The trip was a splurge for our 25th wedding anniversary although there seemed to be some difference in opinion as to whether this was a bonus for past performance (John’s view) or an incentive for future performance (my view).

Either way, given the romantic nature of our trip I got uncharacteristically mushy as we waited for our car. I asked John, “Do you think we will always be together?”

“Seriously? It’s our 25th wedding anniversary and that is the most romantic thing you can think of as a response?” I asked, slightly hurt.

“No, but I know it’s the only answer you would respect. Am I right?”

It’s true. I do respect an honest answer. I am not a starry-eyed gal with fantastical notions of love. It would be nice to turn out like Helen and Kenneth Felumlee from Ohio, who died 15 hours apart after 70 years of marriage. They held hands at breakfast every single morning right to the end. When Helen passed, Kenneth followed. But really, wouldn’t it be smug to assume that we would be so lucky, even though we hope to be?

The Camaro arrived and John became quickly distracted by his shiny new toy. I let the conversation drop as we sped off down Highway 1 to Big Sur. (Traveling tip: If you want to experience the best cream of green chili soup and sourdough bread on the planet, take a detour at Pescadero and head to Duarte’s Tavern.)

But at dinner that evening in the exquisitely spectacular Ventana Inn perched high above the ocean, sipping an aromatic local Zinfandel, I wanted to talk more about “our relationship.”

“When do you feel the most insecure in our marriage?” I asked John.

One thing you should know about John is that talking about “feelings” is not his strong suit. As a sixth generation Anglo Canadian male, “sharing” is not what he does best. Maybe it was the romantic setting, maybe it was the Zinfandel, or maybe a heady combination of both, but he gave me a straight answer.

I knew immediately what John was talking about. I get so caught up in the day-to-day, the little stresses that become magnified by my own anxieties and insecurities. I am prone to self-absorption, lost in my own thoughts. I pretend to listen, but John is no fool–it’s obvious to him that the imaginary conversations inside my head are too often more important than the real conversations between us. No wonder he sometimes feels that he is not that important.

Every relationship has an Achilles heel. Even the strongest and best of couples have at least one weakness that can lead to their downfall. And here was one of ours. Now that it has been exposed, I have to figure out how to protect this vulnerability to keep our marriage whole.

I want this 25th wedding anniversary trip to be an investment in our future, not a reward for our past. And I want to come back to California with John another time–for more than just that awesome cream of green chile soup.

filed under: advice, marriage
< Could This Monthly Ritual Improve Your Marriage? My Husband’s Affair with ScarJo >