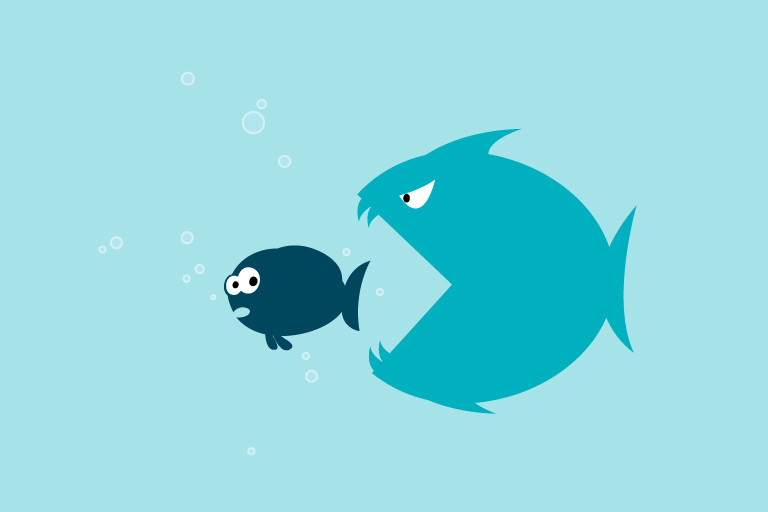 Chew On This: Study Finds Link Between Hunger & Marital Conflict

It’s no secret that people act all sorts of crazy when they’re hungry (why else would those “Sorry for what I said when I was hungry” t-shirts exist?), and new research found that we fight more–especially with our partners–if our bellies are empty.

A recent study from the Ohio State University’s department of communications and psychology suggests that the simple act of eating could in fact reduce the amount of conflict in a relationship. The study followed 107 married couples and found that when glucose levels dropped, there was a spike in aggression levels.

“After they eat, their glucose levels increase,” said Brad Bushman, a professor at Ohio State University and one of the study’s researchers. “That gives them some fuel for their brain to exercise self-control over angry feelings and aggressive impulses, so they’re less likely to lash out against their spouse.”

Researchers said their study demonstrates that we need energy in order to exercise self-control, and that those energy reserves run on fumes when we’re hungry.

“Self-control, impulse control uses energy, both mental and physical,” said Dr. Nathan DeWall, another researcher on the study. “When we deplete that energy, we have a higher tendency of doing things we regret, such as hurting our loved ones.”

So, the next time “hanger” strikes and you feel like picking a fight with your spouse, try picking up a sandwich first. If you still feel the need to raise the issue after you’ve eaten, hopefully it will result in a less heated argument than if you had brought it up on an empty stomach. Just make sure your partner isn’t hungry! [ABC NEWS]

filed under: advice, marriage, study
< Why I Continue My Beauty Treatments After 25 Years Of Marriage Why I’ve Kept My Promise To Be Monogamous >