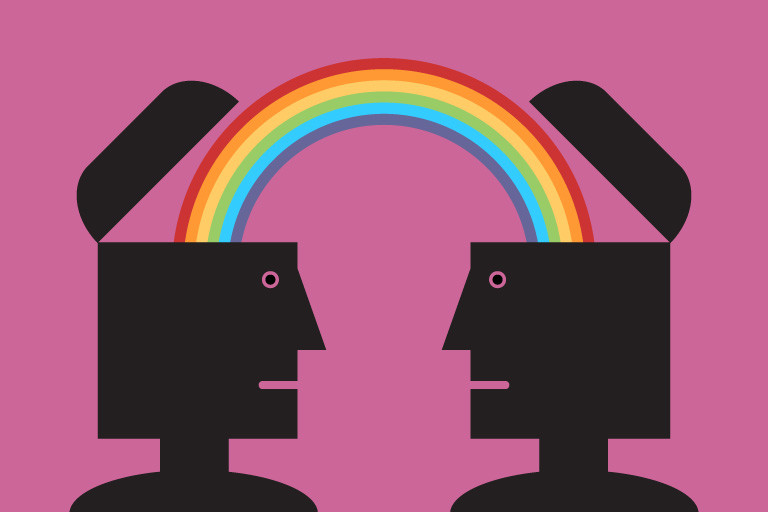 I’ve always been closet jealous of my lesbian couple friends. A lesbian partner doesn’t have to translate that “please don’t get me anything for my birthday” really means “surprise me with something big.” Or beg their partner to stop for directions when they have unintentionally entered a different time zone. Or had to quash fanciful notions of buying a new car because it was obvious that renovating the kitchen was the smarter thing to do.

I was nattering on about the inequalities of housework to my lesbian friend Marsha last night. Most hetero couples experience conflict about who does what around the house, and how much of it. Feelings of unfairness turn to resentment, and ultimately to less sex.

Marsha doesn’t experience any of this. And she insists that she and her partner are not freakish outliers in the world of lesbian couples. So great, I now have even one more reason to envy my lesbian friends.

But Marsha had some wise advice for us heteros on how to avoid chore wars.

1. Don’t categorize jobs as “pink” or “blue.” Lesbian couples exist in an alternate domestic utopia where they can wield a drill with as much confidence as they hold a spatula.  While lesbian partners bring different skills and interests to their union, housework obviously can’t be split along stereotypical gender lines. Marsha commented that, “for the handful of lesbian couples I know that divide chores along traditional gender lines, house work is a sore point.”

2. Show each other more respect. Lesbian couples don’t belittle each other’s work in the same way us heteros do. Marsha says she hears straight women say things like “make yourself useful and lift those heavy boxes”. Straight men discount the skill it takes to cook because re-wiring the lights on the back porch is what requires the skill of a neurosurgeon. Lesbian couples better appreciate that no housework task is any more valuable than the other just because their partner isn’t as good at it.

3. Work together. Hetero couples fight about uneven splits in housework all the time. Lesbian couples, in Marsha’s experience, “work more like Bob the Builder to get the job done together.” She and her partner “attack the list of what needs to get done based on what we like / want to do first… that way we both get some of what we want, some of what we need and .. the rest just gets done.” Hetero couples are slower to figure out that if they work the same numbers of hours outside the home, it is fair that they work a similar number of hours inside the home (and no, mowing the lawn once a week isn’t a fair exchange for clean laundry, home cooked meals and organized closets).

Conflict over housework can drive couples past the point of sanity. We fall into unhealthy routines because we don’t stop to challenge our assumptions about what is a fair way to divvy up the hundreds of mind-numbing domestic activities that make our house a home. Us heteros shouldn’t just envy lesbian couples, we should emulate them.