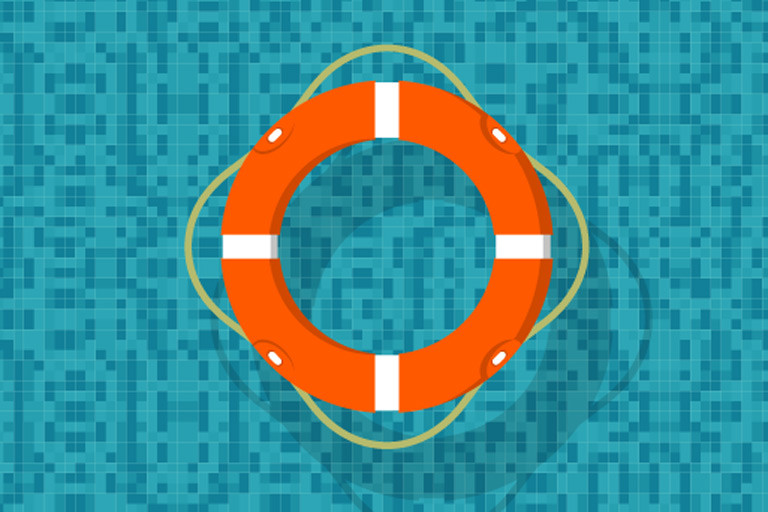 A Guide To The Vegas Pool Party Scene

There’s more to Vegas pool culture than prickly-pear margaritas. The Sin City pool-party scene is now flush with some truly money splash pads. Dip-and-sip hot spots have upped the ante in recent years, transforming into resorts unto themselves and enticing bikini-clad escapees from the hustle of the casino floor. Whether you’re in the market for a Jersey Shore-style dance party or a hand of swim-up blackjack, there’s a pool to suit every mood. 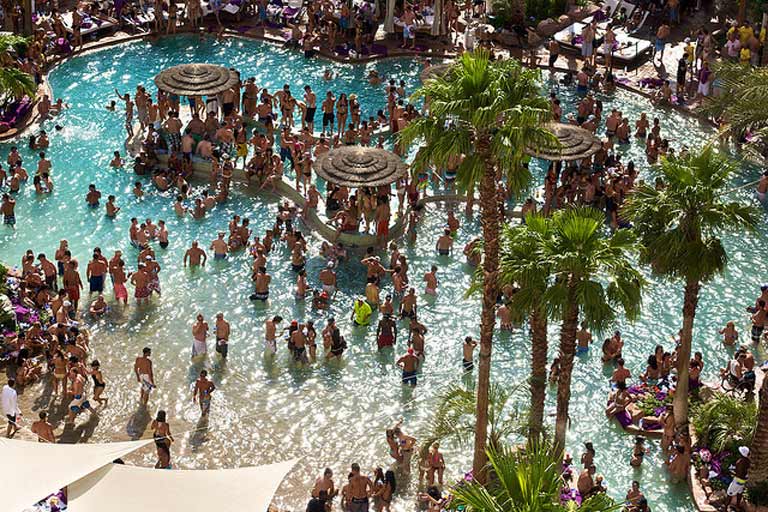 PARTY! PARTY! PARTY!
The modern era of Vegas pool parties owes a debt of gratitude to the Hard Rock Hotel & Casino, which really advanced the concept of day-clubbing. In 2004, it launched Rehab, the Sunday day party that continues to rock steady. If you’re looking for something more sedate than Spring Break or are too old to rub spray-tanned shoulders with the GTL (gym-tan-laundry) crowd, don’t come here on Sundays when thousands of revelers line up well before the doors open at 11 a.m., primed to get wet and wild.

Vegas touch: To ensure that your fist-pumping doesn’t get out of sync, blaring underwater speakers maintain your rhythm even when you submerge to cool off. 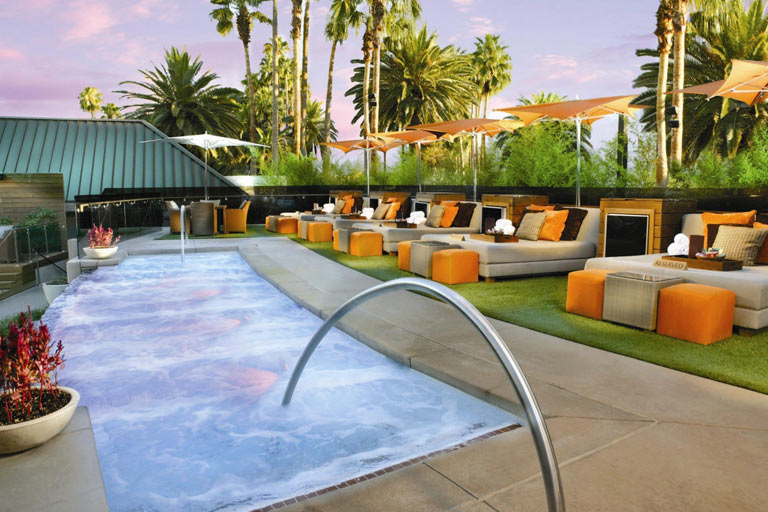 FOOTLOOSE AND CLOTHING-FREE
While there are other clothing-optional bathing choices, Bare Pool at Mirage takes the biggest undress-code honors, trunks down. Ensconced in lush, privacy-providing palm trees, this Euro-style topless retreat offers a luxurious respite for those with an aversion to tan lines.

Vegas touch: From the VIP upper deck, you can view the hotel’s dolphin habitat. If dorsal-fin spotting isn’t your thing, you can scope out the hard bodies frolicking in the transparent, glass-fronted VIP soaking pool from the main pool below. 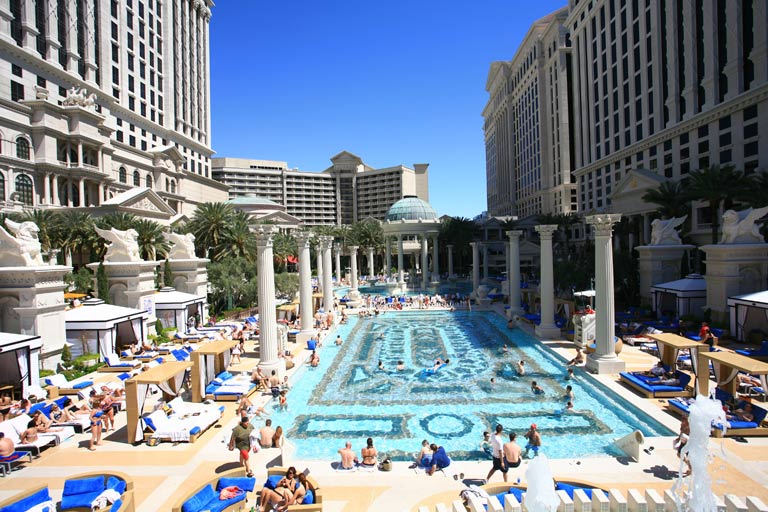 HEAVENLY HIDEAWAY
Caesars Palace laid down some serious coin ($100 million according to estimates) to make its decadent five-acre Garden of the Gods complex the most palatial in town. Where there once were three exquisite pools, now there are eight. Re-enact Antony and Cleopatra’s epic romance while splashing around this multi-tiered paradise. Giant griffins on pedestals and other statuary, inlaid with marble mosaics depicting Greco-Roman iconography, complete this baths-of-Caracalla-meets-Vincent-Chase-Entourage party scene. Be sure to swim through the 18-foot waterfall to play some blackjack. The set-up lends itself to making fast friends with neighboring guests. (For a more serene scene, head to the intimate and secluded Venus pool.)

Vegas touch: Whiskey wonks should partake in the divine offerings of the Scotch tasting menu at the Fortuna pool’s Sun Lounge. 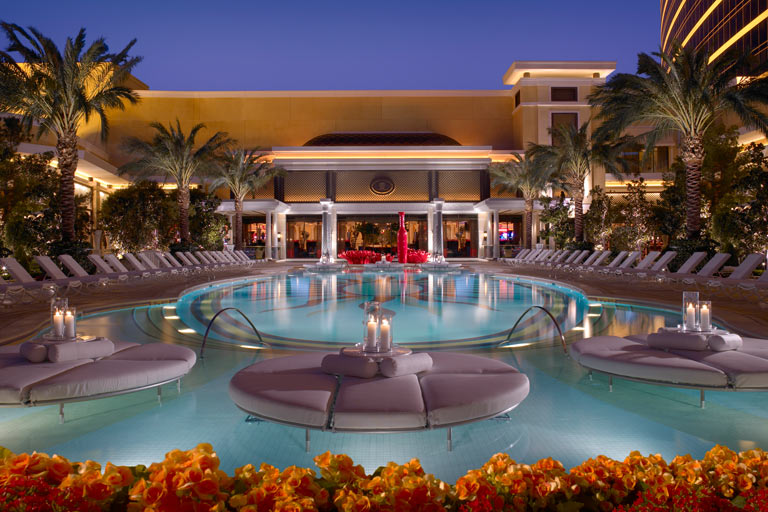 Hotelier Steve Wynn doesn’t like to be outdone, so he pumped $68 million into the Encore Beach Club. It welcomed its first revelers in May 2010, with DJ Steve Aoki and Ne-Yo holding court on opening weekend. This 60,000-square-foot aquatic oasis makes the most balanced pool martini: Cool St. Tropez flair swirled with a splash of South Beach sizzle and garnished with a spicy olive of Ibiza ambience. Dip your toes in the water while reclining on white lily pad loungers. Or opt for a more premium perch: Rent a cabana–the norm in Vegas–which comes with a stocked refrigerator, a late-model TV and an optimum sightline of the scene below.

Vegas touch: Brave souls can give sunbathers a show on one of the dance podiums in the middle of the pool. They’re equipped with poles and rain showers–though they tend to get a lot more use under the moonlight when the Beach Club transitions into a full-blown nightclub.