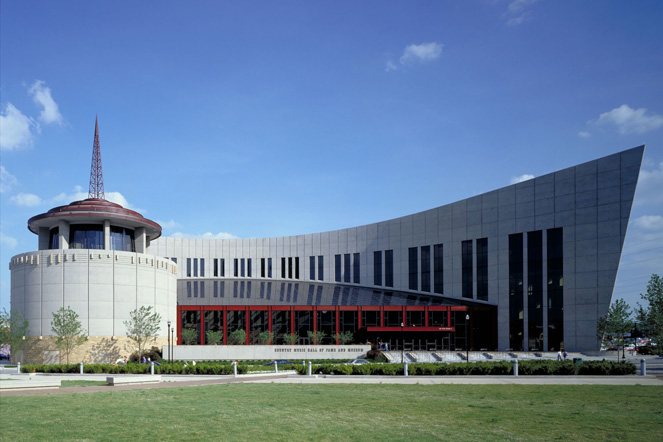 Even if you don’t know your Waylons from your Wynettes, you’ll find something to love in this tune-filled town.

1:00 P.M.
Start your “Music City” weekend by checking into the Hilton Nashville. It’s the perfect home base: the hotel is literally across the street from the Country Music Hall of Fame and the Bridgestone Arena, and line-dancing distance to city’s world-famous honky-tonks.

2:00 P.M.
Kick off your visit to this country music Mecca by paying homage at the “mother church of country music,” the Ryman Auditorium . Originally built in 1892 as a revival church, the Ryman was home to the Grand Ole Opry, from 1943 to 1974. Legends who’ve graced its stage include Hank Williams, Johnny Cash and Minnie Pearl. Today, the Ryman still serves as a top concert venue.

4:00 P.M.
Head up the hill on 5th Avenue to Church Street for a late lunch at Puckett’s Grocery & Restaurant. Expect casual fare with very hearty southern portions, so come hungry! Our recos: fried green beans, farmer-sized helpings of chicken fried steak and the homemade cobbler of the day (with two spoons)!

Honky-tonk it up! Grab your flashiest western garb–think Dolly Parton in the ’80s–and belly up to the bar at one (or all) of the bars on Broadway Street. Try Tootsie’s Orchid Lounge or Robert’s Western World. These unpretentious watering holes have served as launching pads for some of country’s biggest stars, including Willie Nelson, Patsy Cline and Terri Clark.

10:00 A.M.
After a leisurely room-service brekkie, mosey on over to the Country Music Hall of Fame. The interactive museum is a veritable treasure trove for any fan of country, rock, pop and every musical genre in between. Must-sees: the rotunda of inductees, Elvis’s “gold” Cadillac and Minnie Pearl’s straw hat. 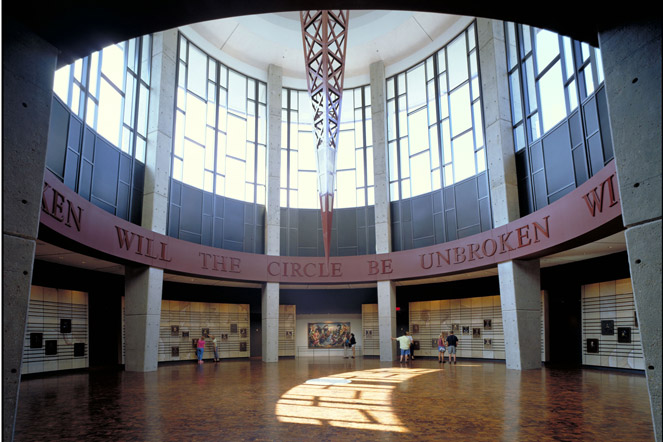 1:00 P.M.
Hop a bus outside the hall to Studio B, the former RCA studio where Dolly Parton, Roy Orbison, Tammy Wynette and Elvis recorded. Stand in the very spot where The King recorded “Are You Lonesome Tonight?” Head back to the hall for some souvenir shopping at the surprisingly cool gift shop.

4:00 P.M.
Pop into Hatch Show Print on Broadway for a look at iconic concert posters from yesteryear. Legends from Hank Williams to Garth Brooks (and everyone in between) have used the typographic services of this 132-year-old print shop.

6:00 P.M.
While Nashville’s bread and butter will always be country music, the city also boasts a thriving classical scene. Catch a performance of the Nashville Symphony at the incredibly elegant Schermerhorn Symphony Center. We highly recommend the Pops Series for an unforgettable and energetic show!

8:00 P.M.
Sup at the Capitol Grille in the historic Hermitage Hotel, now in its 101st year. This upscale eatery takes local to a new level: Ingredients are grown at a farm just 5 miles away! Dine on Southern cuisine with an elegant twist: Think pork chops with Kennebec potato salad and okra jam. Pay a visit to the men’s room (you too, ladies!), which has remained untouched since the ’20s and boasts some of the finest art deco flourishes in the country.

10:00 A.M.
After country music, what’s the one thing Tennessee is known for? Whisky! Head to the nearby town of Lynchburg, a.k.a. the home of Jack Daniel’s. Ironically, the place that produces every single drop of the world’s J.D. rests in a dry county, so you can’t even try a tipple here. (But you can purchase a “souvenir” bottle in the gift shop.)

4:00 P.M.
Back in Nashville, sample the wares you just learned about. Grab a well-deserved Jack & Coke at The Bluebird Cafe and plot your ascent to country-music superstardom!