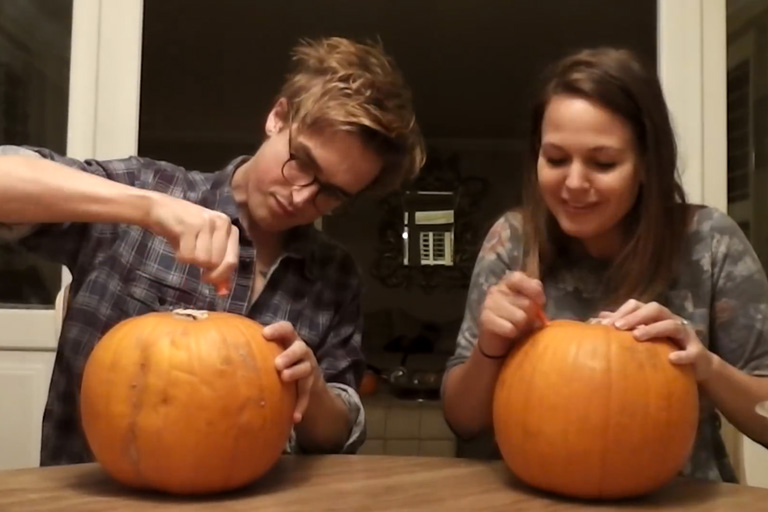 YouTuber Tom Fletcher has a knack for creating heartfelt videos that document his life and his experience as a father. On his profile, the self-proclaimed “mediocre guitarist” (that’s self-deprecation at its finest; he was in the UK boy band McFly) says that he’s “generally lame, occasionally awesome,” and while we’ve yet to witness any lameness, we’ve definitely seen proof of his awesomeness (if you haven’t seen this or this yet, you’re not living as joyfully as possible).

When Tom and his wife, actress Giovanna Fletcher, found out they were going to be parents for the first time in October 2013, they created an adorable, pumpkin-themed video announcement that got 2.7 million views on YouTube. You can probably see why: it’s irresistible!

Now, the proud parents are at it again as they announce the upcoming arrival of their second child with this video game-themed announced video (appropriately named “Player 2”). Enjoy!