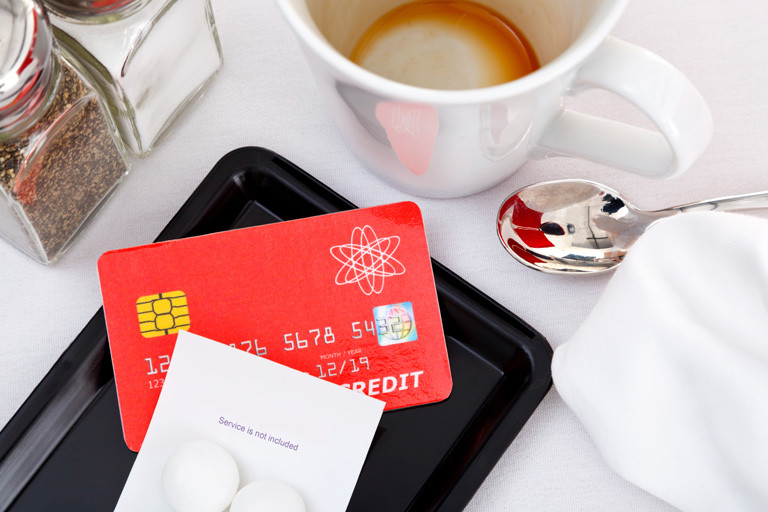 Should The Guy Always Pay On A First Date?

I’ve noticed a bit of a trend in the dating world recently and I’ve been dying to table it for some group input. Over the last few months, I’ve heard several stories (either via my own experiences or through friends) about first date adventures where the guy didn’t pay. Is this a thing now? Has it become commonplace for women to expect to split the bill on a first date?

I consider myself to be fairly liberal-minded and, dare I say, a feminist, but when it comes to courting rituals, I often surprise myself with my traditional views. For starters, I expect a man to pay on a first date. When the bill arrives, I’ll always make the move to pull out my wallet, but I hope (perhaps even expect) the guy to say, “Don’t worry, I’ve got this” or, “It’s my treat.”

Then why pull out my wallet at all, you might wonder? Because, to me it’s a courtesy, a polite ritual that basically says, “Don’t worry, I’m not a high maintenance gold digger.” To which I’d like the man’s unspoken response to be, “I appreciate that you made the offer, but I had a great time and it would be my pleasure to treat you.” Indeed, if I do the wallet reach and the guy doesn’t stop me, I’ll follow through and split the bill, but I will then assume that I’ve been relegated to the “friend zone” where romance stops dead in its tracks. With that assumption, I’m then really surprised when a guy follows up, telling me what a great time he had and asking for another date. Huh?

This confusing phenomenon isn’t restricted to my dates alone–I’ve heard the same story from many of my single girlfriends, including one particularly baffling tale of a guy who indulged in a three-course dinner and enough drinks to take down a linebacker (while my friend enjoyed a salad and a Perrier), then suggested they split the bill down the middle, only to follow up the next week for another date. Come again?

My expectations don’t just stop at who takes care of the bill. I also appreciate other small signs of chivalry like opening doors, letting me order first, and delivering me to my door at the end of the night. I realize some of these might be considered over the top, and while they’re certainly not deal-breakers, I do think they demonstrate a level of thoughtfulness that bodes well for someone’s character.

On the other hand, if a guy doesn’t do these things, does it mean he’s a jerk? Definitely not. I imagine it must be pretty challenging and confusing to be a single guy in 2013. You have to balance chivalry with equality, and try to charm and impress a woman without implying that she is somehow incapable of doing it herself. My 93-year old Granny is sympathetic to men today. Women don’t need them anymore; at least not in the same way they did in the 1950s when a man was a woman’s main (if not sole) source of income and protection. And according to dear old Granny, where does that leave the poor men of the world?

This topic has been the source of some great debates among people I know, and now I’m curious to know your thoughts. If you’re single and dating, or if you just have an opinion on the matter, weigh in on 2life Facebook page. Special shout out to all the men out there: I want to know what you think about this. Should a man be expected to pay on a first date? And what other signs of chivalry do you expect (or offer, if you’re a gentleman) on your dates?

filed under: dating
< How To Cope With Infertility During The Holidays WATCH: This Is The True Meaning Of Love >