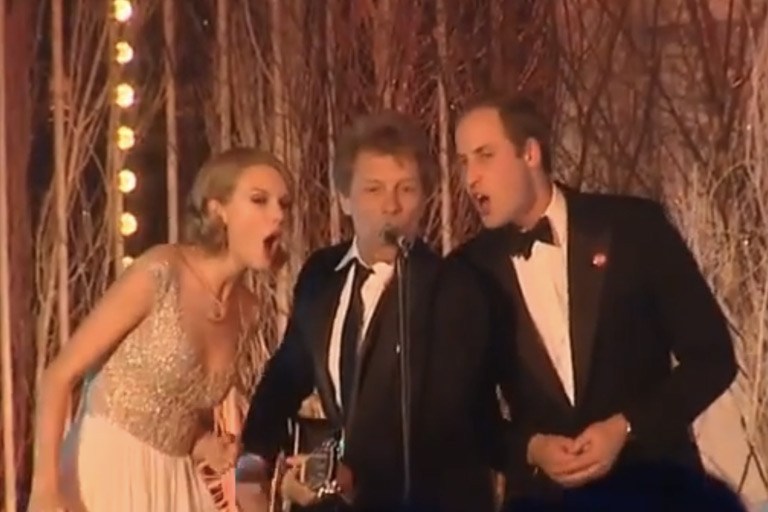 You’ve never seen Prince William quite like this! Sure, you’ve seen him looking dapper in a tux a million times — but never before have you seen him jump on stage with music megastars Jon Bon Jovi and Taylor Swift to belt out “Livin’ On A Prayer.”

Swift and Bon Jovi had the honor of being guests at Kensington Palace for the November 26 Winter Whites Gala, a fundraiser benefiting Aid of Centrepoint and its work to help homeless youth.

Prince William hosted the fundraiser, and the finale was this epic acoustic performance of “Livin’ on a Prayer.” Earlier in the evening, Prince William presented Bon Jovi with the Centrepoint Great Britain Youth Inspiration Award.

You may not have been at the fundraiser last night, but lucky for you, we’ve got footage of the performance. Consider it an early Christmas present. [USWEEKLY]