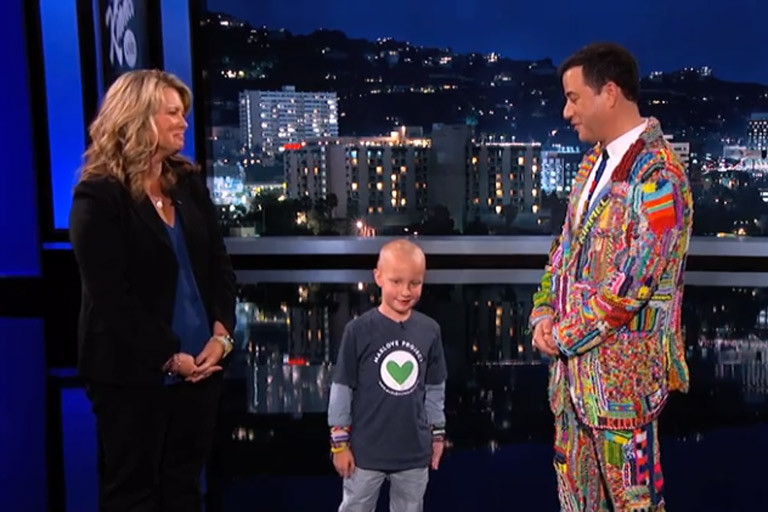 We all know that the Rainbow Loom is the hottest toy of the year, and Max has gone loom crazy. He is the master loomer behind Super Max’s Loom-A-Thon Against Cancer and his story will truly inspire you.  And probably make you cry.

Kids from all across the U.S. are donating their loom creations to Max, so that this weekend he and the students at his school can build the longest loom chain to raise money for kids fighting cancer.