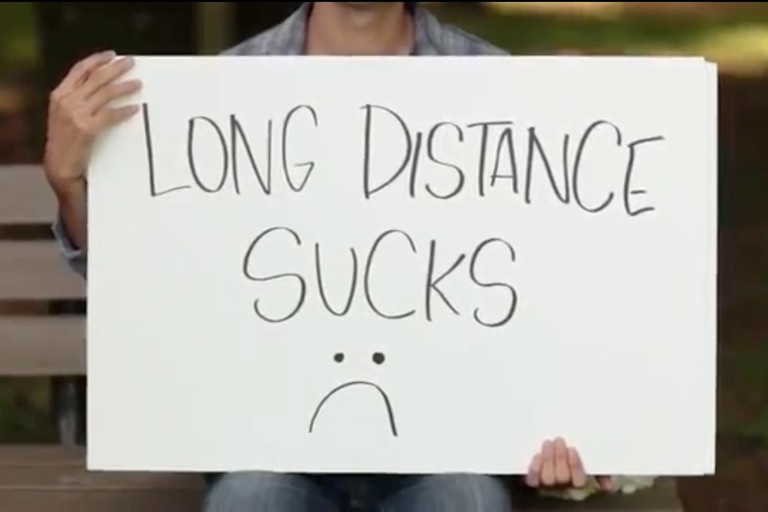 Jason Min stole our hearts with this creative proposal video. Too bad he made it for his girlfriend and not for us! Jason filmed the video as he drove from New York to Philadelphia, a trip he does frequently to visit his long-distance girlfriend.

During his familiar journey, he stopped along the way and planted a single hydrangea (his girl’s favorite flower) at various spots along the highway. He buried a handwritten promise along with every bloom that he planted.

Everything is perfectly timed so that Jason rings his girlfriend’s door bell just as she finishes watching the video he created, which, we should mention, is scored with an original love song, written and performed by Jason! The weary traveler gets down on one knee and proposes and, based on his girlfriend’s reaction, it looks like it’ll be two for the road from here on in.