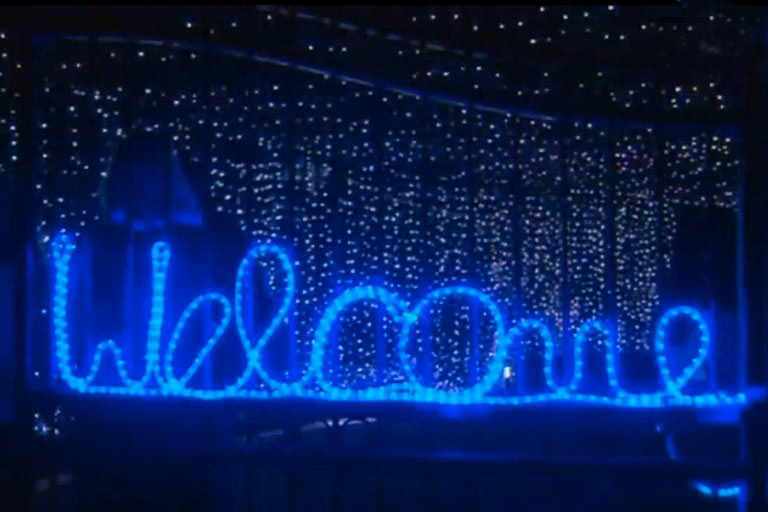 When it comes to Christmas decorating, placing a plastic Rudolph on the lawn and stringing a single strand of lights in a tree just won’t cut it for some folks. Take, for example, Dave Richards, an Australian man with a passion for twinkle lights whose elaborate Christmas display set a new Guinness World Record.

Richards broke the world record for Christmas Lights back in 2011 with a blinding display of 331,038 lights, but he lost the title to a family in New York in 2012. After lots of planning and hard work, Richards has reclaimed his spot as the king of holiday glow by adorning his home in 502,165 lights.

“I started in October,” Richards told Reuters. “I took a week off in October school holidays, and then have worked every weekend since.”

A local electricity company is sponsoring the project to help the Richards family handle their staggering $2,300 monthly bill. The family also accepts donations from the hoards of visitors who come to behold this magical display. In 2011 they donated $78,000 for SIDS (Sudden Infant Death Syndrome) and Kids ACT. They plan to increase their donation to $100,000 this holiday season.

filed under: Christmas, video
< Make Her Holiday Merry & Bright! Good Tidings We Bring To You & Your Kids! >