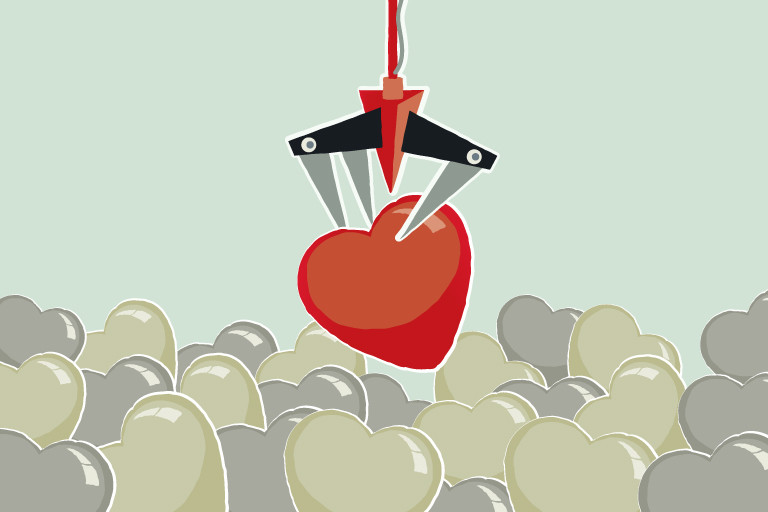 Thinking Outside the Dating Box

After I saw Jodie Foster in Silence of the Lambs, I thought it would be really cool to be an FBI agent. Foster’s character, Clarice, was so smart, so gutsy and so witty. I quickly came to my senses though. While the job of an FBI agent did look really cool—outsmarting murderous psychopaths—I knew I didn’t have the chops. I can’t even sleep in the house by myself without the dog in my bed, and a can of mace within reach.

Perhaps not surprisingly, female applications for FBI jobs soared after the release of Silence of the Lambs. I don’t think I’m going too far out on a limb here to say that many of these women were chasing a romantic notion of the kind of job they thought they wanted rather than one to which they were particularly well suited.

These types of romantic notions happen when looking for a romantic partner too. How many single people do you know who deliberately target potential mates based on the characteristics they think they want—things such as age, financial status or profession? Based on their criteria, they sort people into a “reject” or a “possible” pile. Until recently, this strategy made a ton of sense to me. After all, why waste precious time on those who don’t even meet our minimum standards. Right?

After reading Love Illuminated by Daniel Jones (editor of the Modern Love column in the New York Times), I am now not so sure that this focused approach is the right one. The stories in his book (based on 50,000 submissions to his column over the past decade) have convinced me of the importance of opening our minds to possibilities rather than thinking inside the box.

Daniel Jones and his wife, Cathi, did an experiment as part of his research for his book. They signed up on dating websites. They of course anticipated being matched (they have been happily married for decades after all). Nope—no match. Cathi is ambitious, successful and well educated. Not surprisingly, she was seeking a mate with a high income, way higher than what Daniel honestly confessed he made as a writer. Daniel never made the cut. Instead people like Leo, a divorced money manager, were deemed to be Cathi’s perfect “match”.

But there were lots of other stories in Love Illuminated of clearly “mismatched” couples that survived, in fact thrived, against the odds. The peace activist with a criminal record who fell in love and remains happily married to a conservative military guy; the staunch non-smoker who married a smoker; and the young woman who married a much, much older HIV-positive man who, in a weird twist of fate, ended up taking care of her as she battled aggressive breast cancer.

Jones writes, “When we intensify our focus—as online dating sites encourage us to do—we tend to lose our peripheral vision. We may gain a feeling of greater control over our love lives and a sense of mission, but at what cost? By narrowing our romantic choices based on categories, snapshots, and a few written details, do we risk shortchanging ourselves by underestimating the complexity of love? How we meet doesn’t’ matter, of course, but whom we meet matters a lot, and our method of searching determines that.”

So the question I want to explore is, “What do you look for in a partner, and why?”