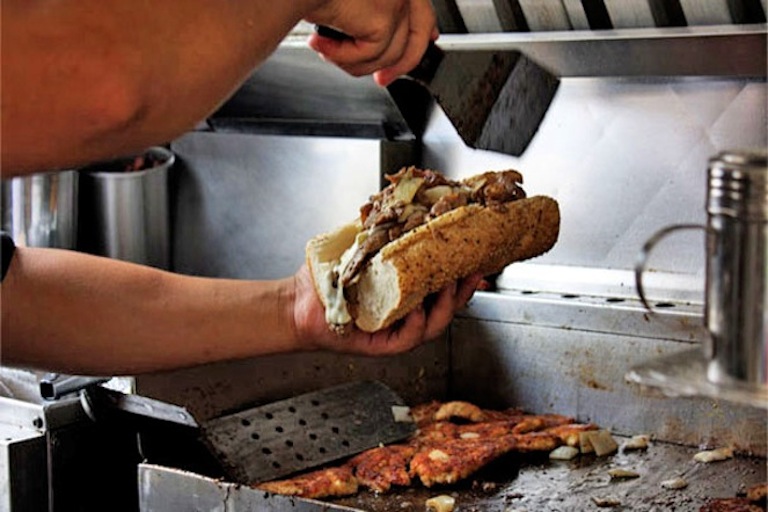 Traveling is a fun and great way to enjoy life, culture, and food, especially for couples. According to the Canadian Restaurant and Foodservices Association 2013 Canadian Chef Survey published last month, food trucks and street food have once again made their list of top 10 hot trends.

The travel experts at Cheapflights.ca decided to delve into this craze and explore it on a global scale with a list of Top 10 Street Food Cities. From quick, cheap and flavorful to gourmet and even award-winning, it’s easy to see how street food has staked its claim, not only in Canada, but on cities across the globe.

1. Hong Kong, China
The city is famous for everything from snake soup to egg tarts, and serves up an interesting mix of Cantonese delicacies and Western favorites. Markets like those on Temple Street in Yau Ma Tei, the Ladies Market on Tung Choi Street and Kowloon City are popular places to peruse Hong Kong’s street food scene and taste test items like hot pots, curried fish balls and skewers of stinky tofu.

3. Paris, France
Paris may be famous for decadent sit-down mid-day meals, but its street food offerings are extensive. After all, who can resist that wall of Nutella jars practically calling your name from every Parisian creperie? The city’s iconic street food specialty is the heavenly crepe. The thin pancakes are typically made to order and filled with your choice of ingredients, which could be anything from a savory combination like ham and cheese, or a sweet specialty like that heavenly chocolate-hazelnut spread paired with slices of banana. But the French city’s street food scene goes beyond its network of street-corner creperies. Sandwiches from bakeries, falafel in the Marais district and Indian specialties like samosas are all served street side. A surprising amount of food trucks – many of them dishing out traditional American favorites like burgers – are also popping up around Paris. Just be a little discerning with your selections in popular tourist locales, such as the areas around the Eiffel Tower and Montmartre.

4. Boston, Mass., United States
Humble hot dog carts, step aside. Gourmet mobile meals are all the rage in several U.S. cities, including Boston where more than 50 food trucks (up from 15 in 2011) roam the city, planting themselves – on any given day – in one of 30 locations. The trucks also converge on various neighborhood markets in the spring, summer and fall. Each truck has cornered its piece of the foodie market, and cuisine ranges from local specialties like lobster rolls (from the Lobsta Love truck) to Vietnamese favorites (from the Bon Me truck). The buzz around the treat-dispensing trucks is also a reflection of a growing food scene in this New England city. Truck chefs host food festivals and cooking contests, and, on occasion, even end up launching wheel-less meals from restaurants inspired by their food trucks. On the flip side, some brick-and-mortar restaurants are now sending their meals on the road.

5. Istanbul, Turkey
Specialties at these food stalls include kebap (little pieces of broiled or roasted cow, sheep or chicken meat), doner (meat roasted on a vertical spit), lahmacun (Turkish pizza), sokak simit (a large, crispy bagel-like bread roll with sesame seeds) and an array of flaky pastries. Neighborhoods like Karakoy, Ortakoy and Taksim feature plenty of street food vendors, and the city’s Grand Bazaar is another hot spot for street food. Down at the waterfront, vendors stand aboard boats and offer up fish sandwiches that will only set you back about three Turkish lire.

6. Mexico City, Mexico
Affordable and authentic are two frequently used adjectives for street food in Mexico City. Thousands of food stalls and taquerias line city streets dishing up Mexican favorites like tostados, carnitas, tamales and quesadillas. But the key street dish in this city is tacos al pastor – thinly sliced pork that has been spit-roasted and bathed in chili sauce, paired with chopped onion and coriander, then rolled into a small tortilla. Try the carts in the city’s main square, Centro Historico’s Zocalo, or the Colonia Roma neighborhood. For a treat, head to the cart on the corner of Delicias and Aranda streets, which offers blue-corn tlacoyos – grilled corn patties with beans, cheese, cactus, cilantro and salsa.

7. Ottawa, Ontario, Canada
Often over-shadowed by Vancouver and Toronto in the street food arena, Ottawa boasts a growing mobile meal scene, with 44 food trucks and carts already hawking their yummy goods and about 20 inventive newcomers ready to hit the streets in May. New trucks include the Urban Cowboy, which will dish out self-proclaimed “innovative Texan street food” and the Ottawa “Streat” Gourmet set to feature local, seasonal eats. New specialty carts will serve everything from frozen yogurt to churros and baked potatoes with toppings. These additions will join the city’s perennial street food favorites like hot dog and sausage carts, BeaverTails (fried pastries with your choice of sweet or savory toppings) and poutine (french fries topped with gravy and cheese curds).

8. Marrakech, Morocco
The heart of Marrakech’s street food culture is Djemaa el-Fna, which daylights as the city’s main square, but moonlights as an impressive spread of about 100 open-air food stalls. Adventurous foodies can sample the traditional sheep’s head, while those with more reserved tastes can bite into offerings like fried eggplant or couscous-based dishes. If the food isn’t enough of a draw, the market also features performers, snake charmers and tarot card readers. Overflowing bowls of olives and barrels of spices are mainstays in the city’s souks, or markets. Rue El Kassabin is another key spot to savor street food in this city. Known for its slow-roasted lamb called mechoui, the area serves up a variety of other street food fare including bean soup, escargot, sausage sandwiches and Moroccan-style macarons.

9. Berlin, Germany
There are plenty of international favorites served street side in Berlin, but two dishes are the main players: currywurst and the doner kebab. Currywurst is essentially a deep-fried pork sausage covered in ketchup and dusted with curry powder. Curry 36 in the Kreuzberg district is the go-to local food stand for many lovers of this dish. You can order it with or without the skin. Devout currywurst fans typically pair the sausage with fries topped with ketchup and mayonnaise. Stands selling doner kebabs – gyro-like Turkish sandwiches – also pepper the city. Berlin’s markets serve up a mix of international street food, including items like pickled herring on bread, falafel sandwiches and Turkish pastries. The city also just launched “Street Food Thursdays” at the Markthalle in Kreuzberg. The weekly event will feature a line-up of street food favorites for several hours every Thursday.

10. Fukuoka, Japan
Other Japanese cities may be more famous, but Fukuoka is famous for its street food. Located on the northern shore of Kyushu, the city boasts more than 150 transportable food stalls known as yatai that open around dusk, then pack up and vanish at the end of each night. The stands dot the city, but large groups of them are located near Tenjin Station and on the southern end of Nakasu Island. Specialties include tonkotsu ramen (a noodle dish featuring broth made using pork bones and fat), mentaiko (spicy pollack roe), hakata gyoza (pan-fried dumplings filled with cabbage and pork), iwashi mentaiko (Japanese sardines stuffed with mentaiko) and tempura (seafood and vegetables fried in a light tempura batter). The perfect pairing for many of these dishes? A glass of sake.