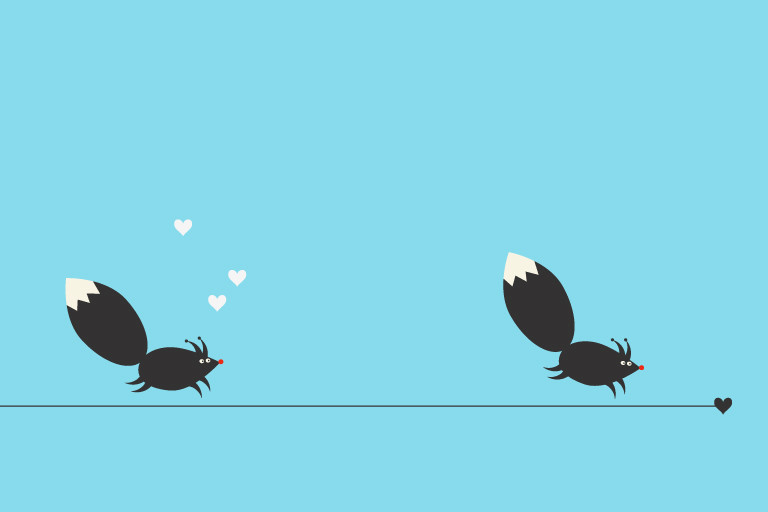 The Thrill Of The Hunt

My older son Jake has been studying philosophy at a liberal arts college on the east coast. Most of the time, I have no idea what he is talking about. During one Skype call, he was jabbering excitedly about the delights of Epicurus. I started to scold him for eating at fancy eateries on a student budget until I realized he was talking about a Greek philosopher from 300 BCE. Let’s just say I was a very different kind of student. I didn’t even discover my campus had a library until my third year–which was too bad, because it was like the best place to nap.

This week he is home for a break and has been working on a final term essay. I was peering over his shoulder and found the subject matter fascinating. I won’t go into detail (mostly because I can’t) but he was writing about Madame de La Fayette, the 17th century French author of La Princesse de Cleves. In this story the Princess arrives at the French Court and is quickly married off by her mother. Shortly after her marriage, she falls in love with a Duke; he loves her too but their mutual feelings are of course stymied by the Princess’ marital status. But even after the Princess’ husband dies, the Princess chooses to resist fulfilling her carnal desire for the Duke opting instead for a life of virtue and celibacy in a convent. Naturally, this made the Duke even crazier with desire.

Ah, the thrill of the hunt.

We all like a challenge. In a work setting we set “stretch” performance goals because a job we can do with our eyes closed is soul destroying. In our recreation activities we constantly push ourselves to achieve personal bests. And, in the domain of romantic relationships, we are attracted to people who are not too “available”. I experienced this phenomenon first-hand in high school. I spent two grades waiting for the phone to ring but within a nanosecond of starting to date one of the “popular” boys, I became quite the hot commodity (sadly, this was short-lived as we broke up after three months).

But what happens when we finally “catch” someone that we had to work hard to get? Well, for many people, it means the game just got a little less interesting. It’s like fishing when we were little kids. Remember how the best part was trying to catch the fish? Once they were in the pail they were far less fascinating–so we released them to re-direct our energies to the ones that got away.

The yin-yang of relationships is that we love the thrill of the hunt but we also want to settle down. “Hunting” is exciting–the adrenaline, the anticipation, and the hard work it takes to capture the object of our affection. Settling down is wonderful too–but can often be duller and more transactional than the excitement of those pre-captivity days.

So, how do partners maintain the thrill of the hunt without having to find new game?

I asked my philosopher son for his thoughts on the matter. Jake thinks every relationship needs to maintain some mystery to continue to be exciting. Telling our partners our deepest thoughts and desires can diminish our intrigue, possibly leading to boredom and even contempt. It’s our hidden facets that make us unique, and keep us interesting. I think Jake makes a valid point. So the next time I’m lost in thought and my husband asks me, “What’s on your mind?” I am going to give him a small mysterious smile and say “something”.

filed under: marriage
< How Couples’ Sleeping Habits Could Affect Their Relationship Quiz: How Healthy Is Your Relationship? >