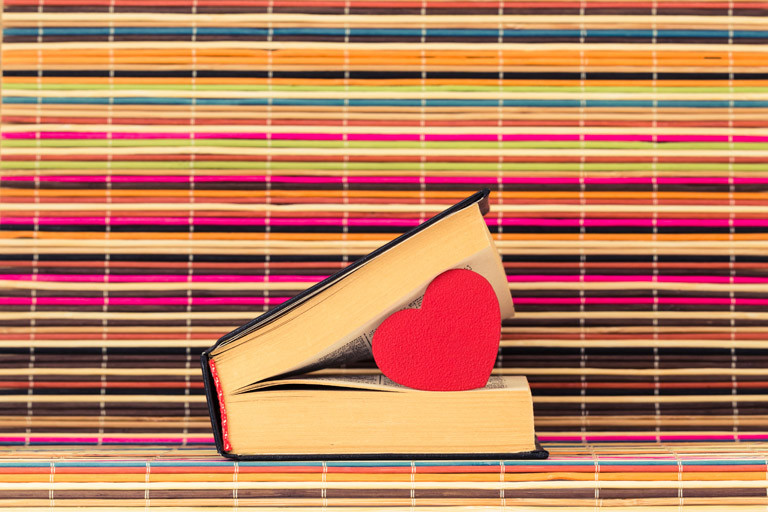 The Next Chapter In Your Book Of Love

Can I guess how your story began?

Was it a chance encounter?

You were standing in a long line-up at the local coffee shop and the barista was taking his sweet time. You made some off-the-cuff comment about how if you didn’t get espresso into your system NOW, they’d have to administer it by I.V. The cute redhead standing behind you giggled, and you started to chat. After you finally got your coffee you turned to her and asked, “Hey, do you wanna grab a table?”

Was it a blind date?

Your boyfriend had broken up with you 20 months earlier. Having killed an entire forest with Kleenex you finally picked yourself up and went on Plenty of Fish. You met plenty of fish all right but they were all rotting from their heads. You had gone on so many coffee dates you were experiencing delirium tremens from all the caffeine. You were going to call it quits to this soul-destroying on-line dating scene–right after this final date. But the moment he sat down you felt a shiver go through your body and thought, “Could this be the one?”

Was it a friend? A colleague? Someone from your past?

You were certain Cupid’s arrow would not strike twice. You had married your high school sweetheart. But then came the death of your best friend, lover, and father of your children. You were a busy single mom just trying to make it through another day. It was your 25-year high school reunion and you were feeling ambivalent about going. But you went, and were seated next to Ms Lewis at dinner. Geez, she seemed so much older when she was your Grade 12 Physics teacher–not now! The Neanderthals in your class used to call her Lesbo Lewis behind her back, but you always thought she was so cool. You drove her home, and talked all night.

Here’s how my story began.

It was the summer of 1984. I had answered an ad for a roommate at Western University’s housing office. I phoned the number and a guy with a thick British accent seemed rather confused by my call. He and his two roommates had posted the ad months ago and had long forgotten about it. They were using the spare bedroom for storage. “But sure, come on by,” he said.

So I became the fourth roommate. We decided to have a house party several weeks later. Towards the end of the evening I spotted this really handsome guy across the room. It was my future husband.

Did the universe channel its divine energy into keeping that long forgotten ad up on the bulletin board in the housing office? Did it push other prospective roommates away from the ad, and draw me toward it? Was it fate?

So now I know how your story began. And you now know my story too.

It’s a beautiful beginning. But don’t keep me in suspense: What happened next?

• Did your love last?
• Did you encounter unexpected relationship hurdles? How did you pick yourself up?
• What hurdles do you see up ahead? What’s your strategy now?

In the consulting industry I often hear, “You’re only as good as your last quarter.” I think it’s an obnoxious statement but I’m going to borrow it for a moment. How can you make your next relationship quarter better than your last?