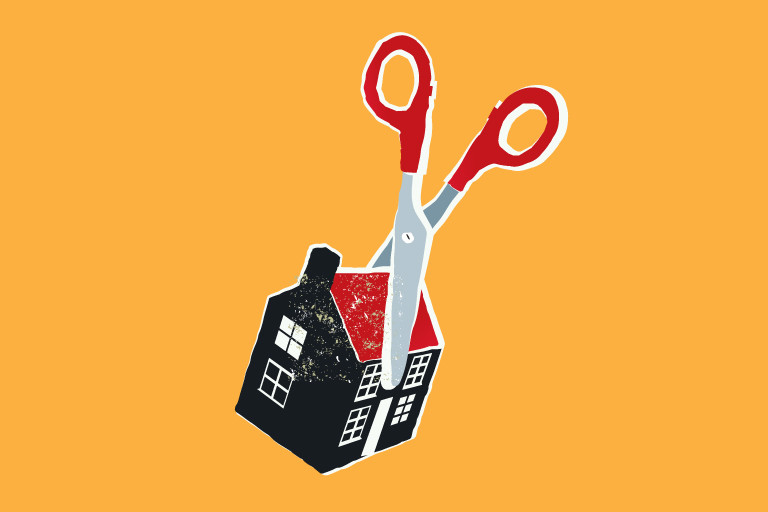 Should You Stay Together “For The Kids”?

After my mom died last year, I found a note to her from my dad in the top drawer of her dresser. My parents divorced decades ago, and my dad is also now deceased.

I was intrigued to read this note from my dad, and curious as to why my mom kept it. My guess is that it dates from the late 1970’s, shortly before they separated. It was an ultimatum letting my mom know that after 15 years of feeling miserable in their marriage, my dad was done trying. But here is the kicker: “If I did not care for the children, I would not still be here”, my dad wrote.

I wish they had consulted with me. I fantasized about them divorcing. I was envious of Janet and Billy across the street whose parents were divorced. They seemed so happy with fewer parental controls and more freedom. I bet their place was like a sanctuary–no yelling or slamming doors. I wanted so badly to trade places.

From my present vantage point as a wife and mother, I still maintain that my parents did not do my sister and me any favours by staying together “for the children”. I don’t think it is healthy for kids to have a ringside seat at the circus of a dysfunctional marriage. When parents are so consumed by their own pain and disappointments, there is little room in their broken hearts to nurture anyone else. But there are alternative views that are challenging my thinking.

Lately, I have been reading a lot of Penelope Trunk. In a post titled, “Divorce is immature and selfish. Don’t do it”, Trunk asserts: “Divorce is nearly always terrible for kids. Your case is not the exception.” She states that while parents take care of their own needs by starting over (rather than living together and making the best of it), kids don’t get that chance until they are grown up.

Trunk writes: “The most damaging thing about divorce is that the kids don’t have a home; to say a kid has two homes is the same as saying the kid has no home. Because a home is your basecamp. If you have two basecamps you don’t have a home. And anyway, if having two homes really worked, then the parents who are so upset about living together can each have a different home during the day, while the kids are at school, and then come back to their other home. But no one would do that, right? Because having two homes sucks.”

Wow! In my generation, shared custody was almost unheard of. When parents divorced, kids almost always lived with their moms. They didn’t schlep back and forth between two basecamps. Now, shared custody arrangements are popular because dads want to be active in their kids’ lives. This seems like a good thing.

I recently read about divorced parents in Edmonton who came up with a creative solution. Monica McGrath and Kent Kirkland thought that their young children should live under only one roof.  So they built a duplex with a common area in the middle where the kids’ rooms are.

This creative arrangement allows McGrath and Kirkland privacy, as they are able to lock “their” side of the duplex. It is also financially beneficial (not having to pay for two homes). McGrath’s kids told her, “Mum, we like our things in one spot, we like living in this house.”

I think this idea has merit. Is it fair to ask our children to adopt domestic arrangements that are anathema to us? That is the question.