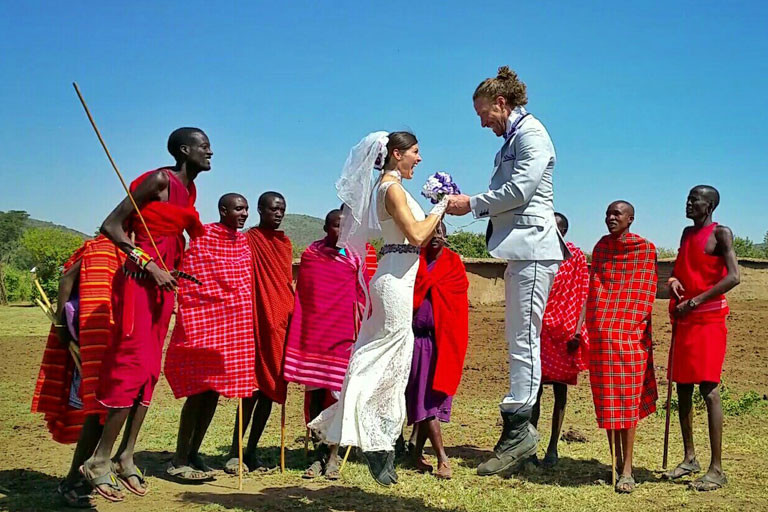 Any couple planning their wedding want to make it personal and meaningful while getting the biggest bang for their buck, no matter how big or small the budget. For some, it’s a DIY party after a visit to city hall; for others, it’s a no-holds-barred extravaganza. For Rhiann and Cheetah, it’s getting married in multiple countries during a three-month journey around the world on a shoestring. Clearly, these two aerial artists have quite a sense of adventure.

They bought a $100 dress and a $100 tux that would fit in their carry-on backpacks, booked budget flights and Airbnb lodgings, and on February 28 set off on the journey of a lifetime. Although they are traveling alone, their friends and family have been able to join them virtually through photos posted on Facebook, and will be there for their final ceremony in California in April. 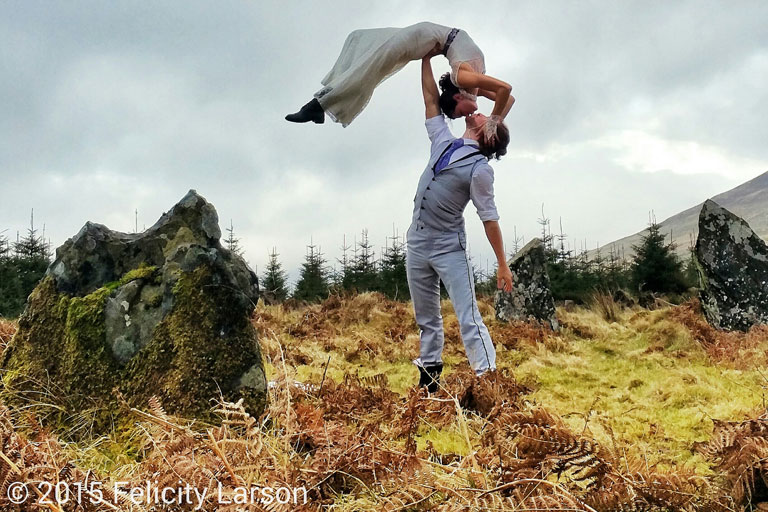 As for wedding gifts? Rather than registering for household items, they set up a honeymoon registry with Honeyfund so that friends and family could contribute to their flights or accommodations.

We interviewed Cheetah after their ceremony at the Dhara Dhevi in Chiang Mai, Thailand on March 21. 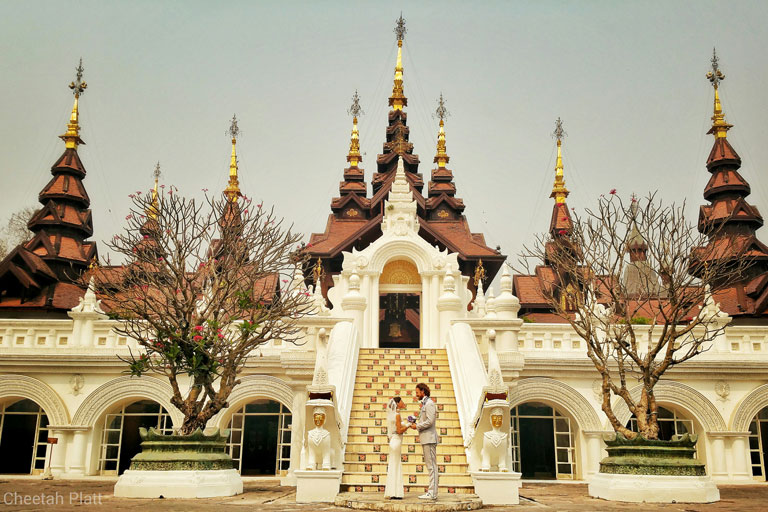 2life: Where are you from and how did you meet?
We both grew up in Northern California (two/three hours apart). We met on April 16th, 2013 in Los Angeles when Rhiann showed up at one of my acrobatic training sessions. We immediately connected–love at first sight. We both knew it was something special.

2life: How did you come up with this idea?
When we started planning our wedding, we were immediately halted by the price of everything. The average American wedding costs over 30 thousand dollars, according to last year’s data. We could not justify spending that on one day, and when we realized we could actually save money by traveling with our wedding, the choice was simple.  In truth, we always wanted to travel, and it turned out this “amazing epic wedding” saved us money.

2life: Are you performing actual wedding ceremonies?
We both got ordained, so we can officiate our weddings and marry each other ourselves. This practice is legal in several states, and once we found that out, we thought, “That is us.” Each ceremony lasts a few minutes. 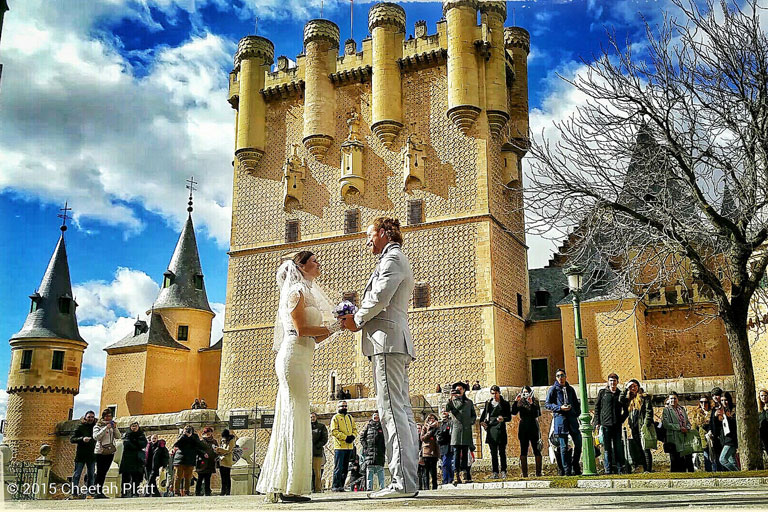 2life: Who takes the amazing wedding photos?
I take all the photos myself using my cell phone and a tripod. Everything you see is essentially a “selfie.” 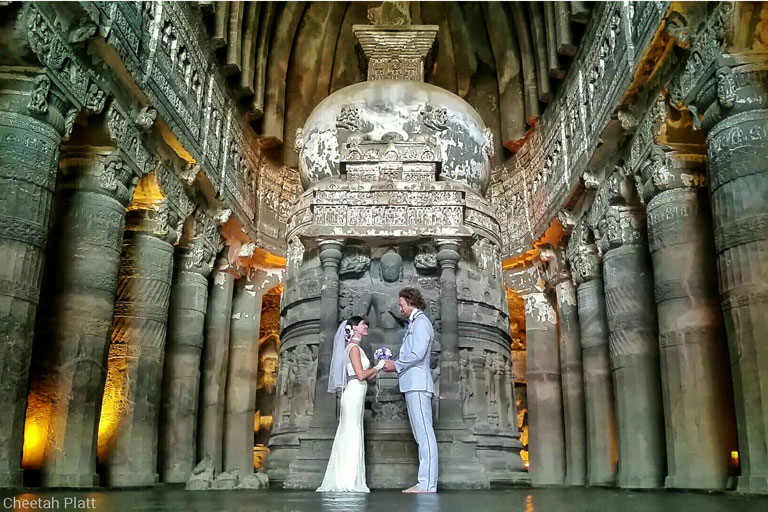 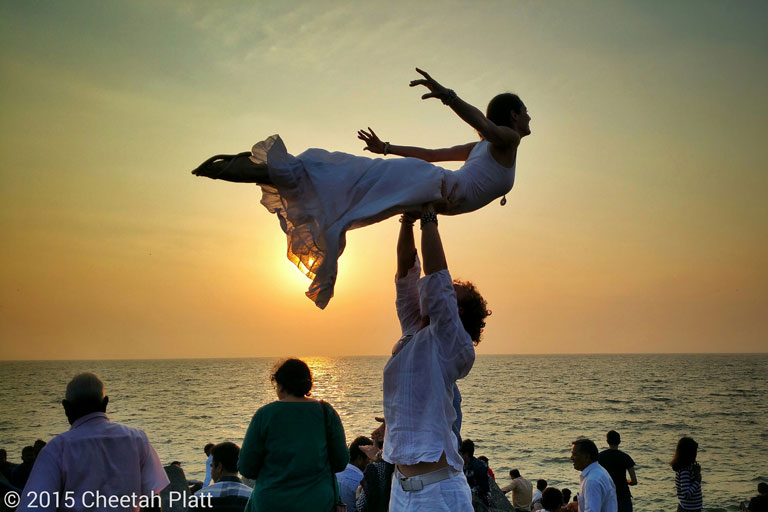 2life: How long did it take to plan your trip?
The planning was extensive! But we only planned flights and lodging. We have no idea where our next ceremony will be held and just figure it out when we land in a new country. 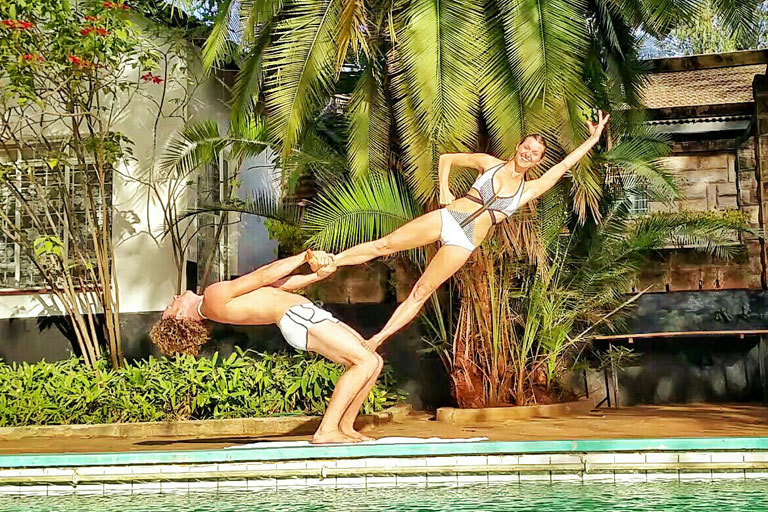 2life: What has been the biggest surprise so far?
We “planned” a wedding in front of a gorgeous waterfall in Colombia and were so excited about it! It was a long trek out to the falls, and when we arrived, there was so much fog we couldn’t see the waterfall, the mountain, or anything else!  If this had been our only wedding, it would have been ruined. But because we are having so many, we didn’t mind at all and just had a ceremony in the jungle instead. 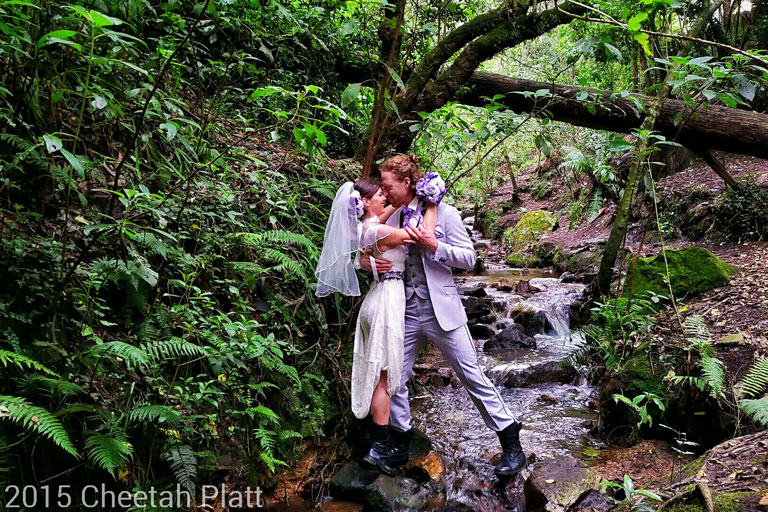 2life: What has been your favorite moment so far?
We rode camels across the sand, then stood in the ancient Egyptian desert and got married in front of the pyramids in Giza. That was absolutely breathtaking! So amazing, so powerful. My favorite ceremony so far, for sure! 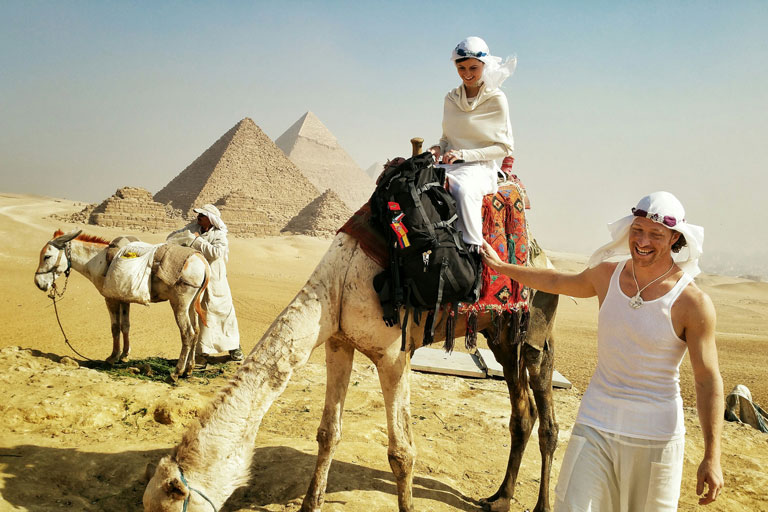 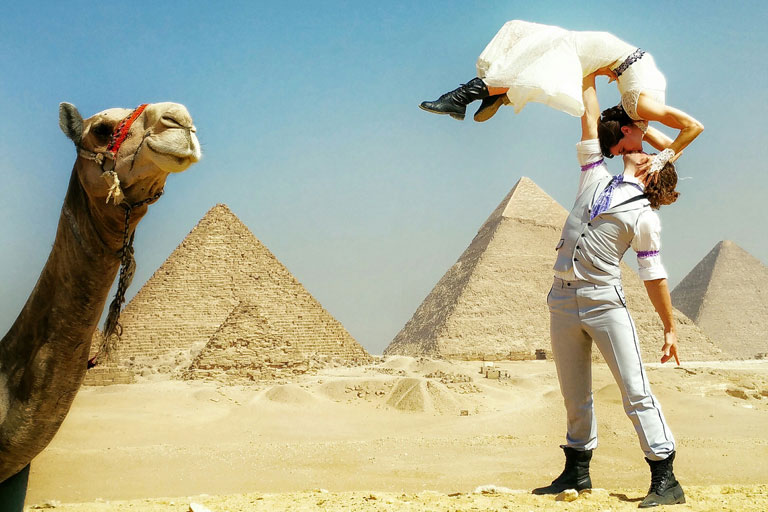 2life: How has this experience affected your relationship?
Travel is the absolute best way to really get to know your partner. It is difficult, scary, romantic, beautiful, fun, and exciting, and it really shows the truth about both you and your companion. It has brought us so close together. This wedding adventure is the best experience of my life. Rhiann and I were meant to be together, and I hope to travel the world with her for the rest of my life. 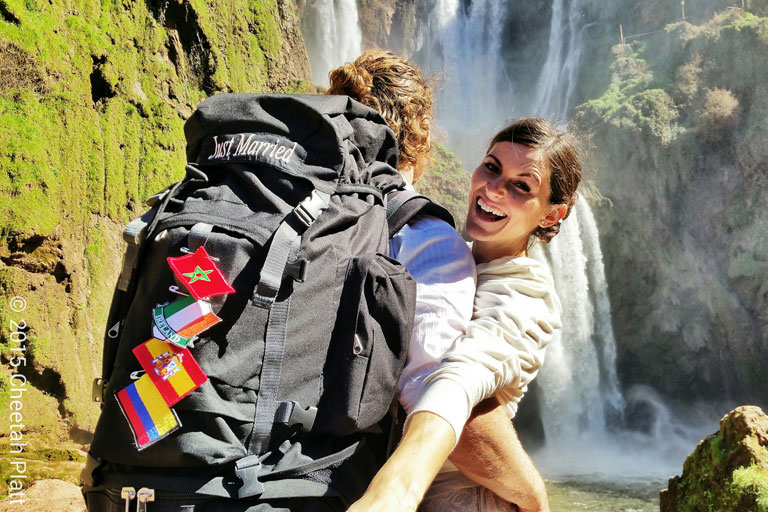