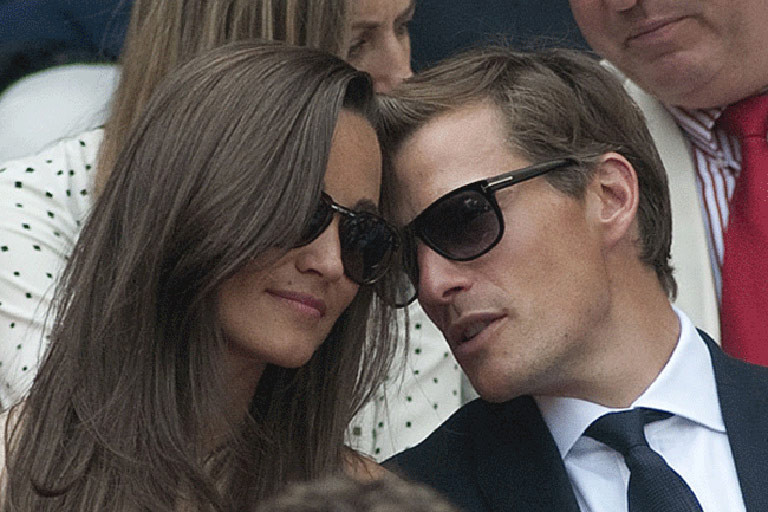 Pippa Middleton made a splash on the world stage when she wore that infamous white dress as the maid of honor at her sister Kate Middleton‘s wedding in 2011. And soon Pippa will walk down the aisle in another white dress, this time as she heads toward the altar to say “I do.”

Us Weekly confirms that the party-planning princess is engaged to her banker boyfriend, Nico Jackson. Jackson reportedly proposed in early December during a romantic trip to India’s Oberoi Amarvilas. Middleton, 30, and Jackson, 36, have been dating for more than a year and plan to wed in 2014.

While Pippa might not have the cache (or official royal status) that her sister Kate enjoys, we’re sure the event will draw lots of attention from fans worldwide. We’ll all want to see her wedding dress, ogle the royal guests (will Prince William and baby George wear matching tuxes, and will Harry bring Cressida?), and of course giggle at the multitude of outlandish fascinators that tend to make an appearance at these swanky British weddings. Squeal!

filed under: will & kate
< The Kit’s Holiday Issue All I Want For Christmas >