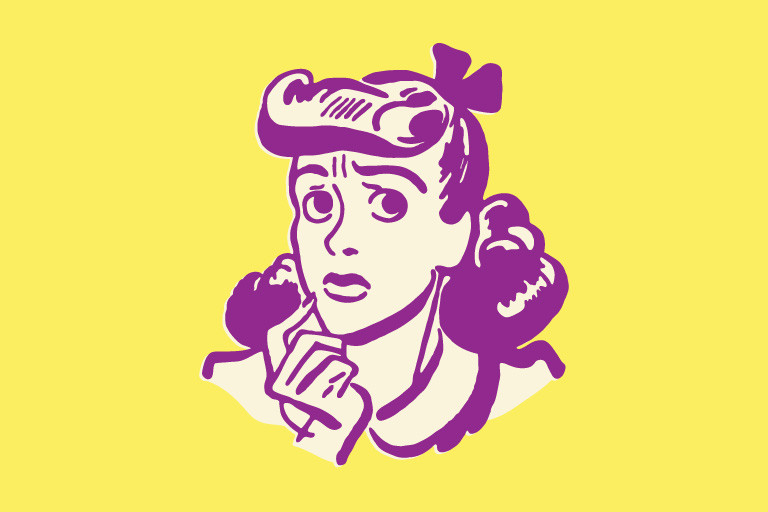 Last In A Long Line Of Worriers

I come from a long line of worriers. My grandmother Klari had an exceptional gift for seeing disaster in everything. She wasn’t entirely crazy given her sister’s family were rounded up by the Nazi’s and murdered in Auschwitz. But even decades later, living a very safe life in Montreal, she worried incessantly.

My grandma monitored the comings and goings of her large  family with CSIS precision. She could only relax when we were all together, or accounted for. If there were no legitimate reasons to worry, she invented them. Before I left for a vacation to the southwest, she phoned to warn me about bandits. Bandits.

My dad was a worrier just like his mother. When my sister was out too long one day, he paced the hallways liked a caged tiger, asking me every 30 seconds if I knew where she was. For the record, I am not psychic.

I knew not to mess with my curfew. You only need to run into a crazed father as you are walking with the hottest boy in school to know never to be late again. My dad never worried about alcohol, drugs, or teenage pregnancy (I was voted “Least Likely To Ever Lose Her Virginity” so it wasn’t worth his effort), but he worried a lot about me getting, kidnapped? Murdered? Lost? I never thought to ask.

So is it any wonder I am a wreck as a parent?

Let me say right off the bat, that Jake and Micah were model teenagers. Mature, responsible, and levelheaded. They never ever gave me a reason to worry. But this didn’t stop me from having crazy thoughts when they were out late at night. Crazy thoughts. As my husband slept undisturbed beside me, I lay awake waiting for the sound of the front door opening. I could only sleep when they were both safely tucked into bed.

Now that both my sons are at university, it is less stressful. It would be futile to wait up for them given they live out-of-town. But when I do send them a text, I expect a reply within a reasonable time given they are both attached to their iPhones 24/7. And when I don’t hear from them, that is when my neurosis swings into high gear.

Here is what happened recently. We had talked about taking the boys to Italy, but said we weren’t making any promises (something about mommy bankrupting the family as an emerging writer). But late last Sunday John and I looked at each other with our best YOLO faces and booked four tickets to Rome. We couldn’t wait to tell the boys .

John texted them both at once with the good news. Within 10 seconds I heard the sweetest sound in the world—a ping on John’s mobile. Micah texted to say he was excited.

But where was Jake?

It was late at night, and Jake is in a different time zone so I reasoned he was probably already asleep. But the following afternoon at 2:09 John emailed me about something else, and casually mentioned, “Also, I haven’t heard from Jake yet.”

What? No response more than 12 hours later. Jake always responds to our texts immediately, much quicker than Micah.

I dial Jake’s cell. It goes straight to voice mail.

Trying to think rationally but the thought that keeps coming up is carbon monoxide poisoning.

Still no response. I toss aside the poisoning hypothesis (that was lame), and escalate it to something else. I won’t share because you will have me committed.

Went on internet and checked news for Halifax (where Jake studies). The breaking news was about a water main break that left homes without water. So no tidal waves (Halifax is by the ocean, you know) or major accidents. This is all partially reassuring, but where is Jake?

Text arrives from Jake, “Sorry I know you’re worried sick. I’m in class and phone had been on airplane mode all day so didn’t see dad’s text till 10 min ago.”

The good news is that both boys inherited their dad’s rationality. They are not likely to torment themselves or their children in the same way as I do. I feel really good about that.

< Words That Bond Zombie Mom: My First Year With Twins >