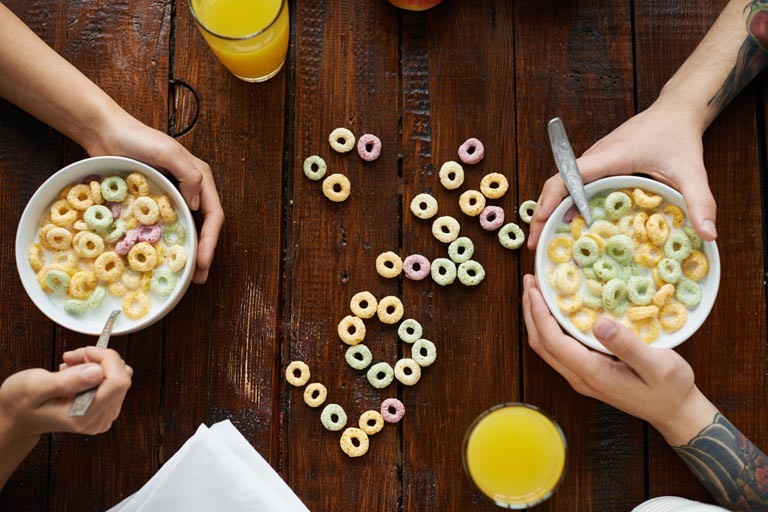 It’s The Little Things That Count

A couple years ago, my son Micah had a jazz concert at The Rex on Queen Street West. He is an alto sax player, and was part of an ensemble. My sister Anita is a huge fan and came to watch him play. After the concert I thanked her for joining us.

Well, if that didn’t set her off.

Anita was insulted. Why would I thank her for coming to watch her nephew perform? This seemed unnecessarily formal and made her feel like she was some distant relation rather than a central player in my children’s lives.

In my defense, I said that John (my husband) and I always thank each other for stuff like this. And we don’t find it insulting–quite the opposite. While there is a formality in our marriage that often seems peculiar to my sister, it works for us.

Please don’t get the wrong idea. We are far from prim and proper. It’s not like we refer to each other as “Madame” or “Sir”. We don’t curtsy or bow when we meet. I don’t wear pearls and sensible pumps at home, and John doesn’t walk around sporting a cravat.

But we don’t let our hair down completely either. And that is a conscious decision. We think some modicum of formality, appropriate boundaries, and keeping secrets from each other (I don’t want John to know everything on my mind. God no) is important for our relationship. We are trying to be on our best behavior even after such a long time.

It is rare for us to raise our voices (although when one of us does, it is always me). I can count the number of times we (again, usually me) have wanted to take back something we’ve said in an emotional outburst. For sure our relationship is not devoid of petty grievances (I won’t bore you)–but we have maintained a fairly strict code of civility.

And this civility includes the formality of saying “thank you” for many things.

John will thank me for joining him at a classical concert because he knows I go to be with him. I will thank him for coming to plays because that is more my thing. He thanks me for making nice dinners (even though he could reasonably expect me to make dinner given I work fewer hours). I always thank him for taking the time to read my writing (even though I know he reads it to assess any potential damage to his reputation). He thanks me for cleaning up. I always thank him for driving at the end of a long trip (he enjoys driving more than me). And we thank each other for much more too.

It would be easy to take each other for granted, especially after all this time. But we like the formality of giving and receiving a proper thank-you. Thanking each other for big things as well as little quotidian things is important to us. It doesn’t take much time, it doesn’t cost a thing, and hearing “thank you” is all the motivation we need to keep trying hard to make each other happy.