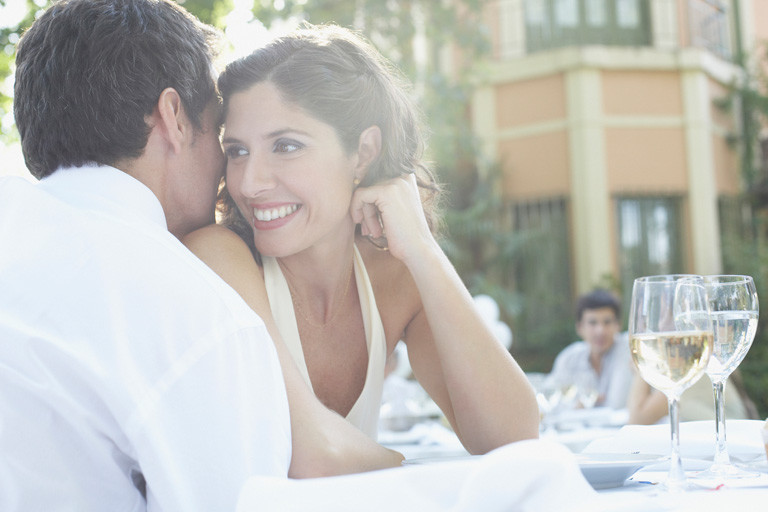 Is There A Downside To Dating A Younger Man?

My friend Rachel won the genetic lottery. She just celebrated her 50th birthday but could easily pass for 30-something. She is gorgeous, spirited, and when she complains about being out of shape, you want to slap her silly.

A little more than a decade ago Rachel was holidaying in the Caribbean with her then husband. On that trip she met a university student, Trevor, who was “a really nice kid.” They didn’t keep in touch and she hadn’t thought about Trevor in a very long time. That is until now.

Out of the blue Rachel gets an email from Trevor. He had tracked her down through his clever cyber-sleuthing. He is now in his early 30’s, no longer a kid, and had never stopped thinking about her.

Stunned (and now single), Rachel wrote back a tentative email. But one email led to the next and to the next, and before too long their correspondence became emotionally and sexually intense.

Trevor wants to take this somewhere. Rachel is freaking out, vacillating between hot and cold. “I could handle a 10 year age difference, but I’m practically his mother’s age”, she fretted to me. “I would feel so self conscious being with him–about my increasingly flabby body, about my dated mannerisms, about other people’s opinions of us.”

Rachel has been burned before over the age difference. A few months ago, she met a guy at a party who was flirting shamelessly with her. Turns out they graduated from the same university but he assumed by looking at her, “I must have graduated long before you hah hah hah.” Rachel said “probably not” and told him the year she graduated which was five years before him. As she put it, “his whole face changed and he couldn’t scamper away fast enough.”

Getting back to Trevor, Rachel would be with him in a heartbeat if he were closer to her age. But she feels that at 50 she doesn’t have a whole lot of time to waste investing in a guy who should have his head examined for coveting a woman as old as her. She feels she should “put a dead stop to this nonsense, but then again…”

I empathize with Rachel’s concerns. We are about the same age, and I’m sure I would feel the same if I were in her shoes. I want to be helpful to my pal so have thought through some questions I think she should consider.

Is it fair to assume all men want the same thing?
Rachel is not lying about her age. She is putting big neon lights around the number “50” so Trevor is well aware of how old she is. While it is typically the case that men look for young fertile women (it’s an anthropological thing) and women look for older men who can provide for them and their chickadees (ditto), there is an exception to every rule. It has long been acceptable for older men to date younger women (and a 20 year age gap doesn’t raise that many eyebrows) but as women are quickly outpacing men in both education and career trajectories the reverse is happening more. Demi Moore and Madonna have done all of us middle-aged women a solid by shifting perceptions of what is “acceptable”.

What is the risk?
Rachel doesn’t want to waste her time investing in someone who may not pan out, especially in the long-term. While Trevor may find her “sexy” now as a very hot 50 year old, will he feel the same when she is 70? And would he be prepared to play a “caregiver” role? I wonder if the risk of relationship carnage is less with a younger man? The death knell of many relationships is people become more and more complacent over time. Given Rachel’s insecurities, my guess is that she will try very hard not to let herself go, and to remain vibrant and interesting–and not take Trevor for granted. Who knows what will happen in 20 years? Every relationship evolves, needs to evolve, and a whole bunch of stuff renegotiated. Plus (spoiler alert) being with an older guy doesn’t guarantee long-term success.

Is there a perception problem?
Rachel sees herself one way and Trevor sees her another way. Rachel is shying away from the relationship because she perceives herself as “old”, “flabby”, “dated” so not worthy of Trevor’s attention. But what if Rachel re-framed her image of herself, and appreciated the qualities that Trevor sees in her–beauty, vivaciousness, and substance (that comes with a few extra years). Women are their own worst and harshest critics. But there are great role models we should emulate more. Women who “own” their age–septuagenarian actor Helen Mirren is a great example–are ageless because they remain so darn interesting.

Are you an older woman with experience dating a younger partner? Or, a younger man who has dated a much older woman? Rachel’s looking for some advice!