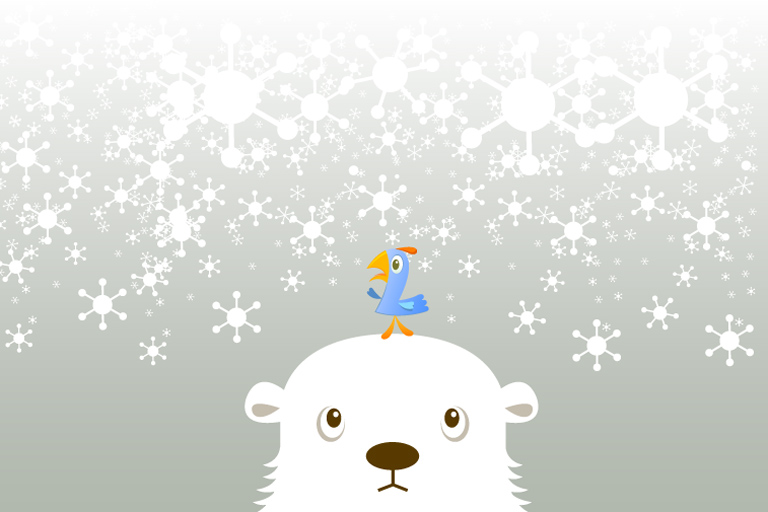 How To Survive A Snow Day With Your Baby

It’s 8:45am and my 7-month-old daughter has just woken up from her morning nap. She doesn’t usually go down for her first nap until 9am, but she’s been up since 5:30am, so her entire sleep schedule is off.

It’s going to be a long day.

Oh, and–surprise!–it’s a snow day. One of those brutal February days when the snowfall is relentless and the subzero temperatures make it impossible to take your baby outside.

It’s going to be a very long day.

Here are 6 ways to entertain your baby–and yourself!–when you’re snowed in.

1. Dance it out. Put baby in the Jolly Jumper and have a dance party as you give her a music-history lesson using songs that have been meaningful to you throughout your life. Madonna, anyone?

2. Play make-believe. It’s never too early to stimulate baby’s imagination by engaging in make-believe. Maybe you wear silly hats and pretend Prince George is coming for tea? Or maybe baby’s stuffed doggy broke his leg and needs a cast, and the vet just happens to be Chris Pratt? (Hey, this is mom’s fantasy, too.)

3. Prepare a feast. Pretend you’re the chef of a Michelin-star restaurant and your baby is a notoriously tough food critic. Treat her to a three-course meal and present each dish with flourish. Say things like, “Chef has prepared a carrot-and-breast-milk chowder” and “For dessert, rice-cereal and cinnamon ‘bread pudding’ with a blueberry coulis.” (I’d seriously eat that.)

4. FaceTime with a friend. Chances are if you and your baby are snowed in, another mom and her baby are too. You can’t go out for coffee, but you can make coffee at home and FaceTime. It’s just like sitting across from each other at a cafe, only the toys that baby drops will land on your own floor instead of the filthy public one.

5. Create an at-home spa. Sure, baby doesn’t usually get her bath until bedtime, but it’s a snow day and the regular rules don’t apply. Pamper her with a warm bath, followed by a soothing massage. (I used the lotion that is “proven to help babies sleep” and I’m not saying it works, but she did nap for 30 minutes after, which gave me just enough time to clean the bathroom. Win!)

6. Surrender. When all else fails, let baby roll around on her play mat in front of the TV and pour yourself a glass of wine. Good job, Mommy–you (both) survived your first snow day.

filed under: rtp
< Spit Up is the New Black: My First 3 Months of Motherhood When Baby Plays Favorites >