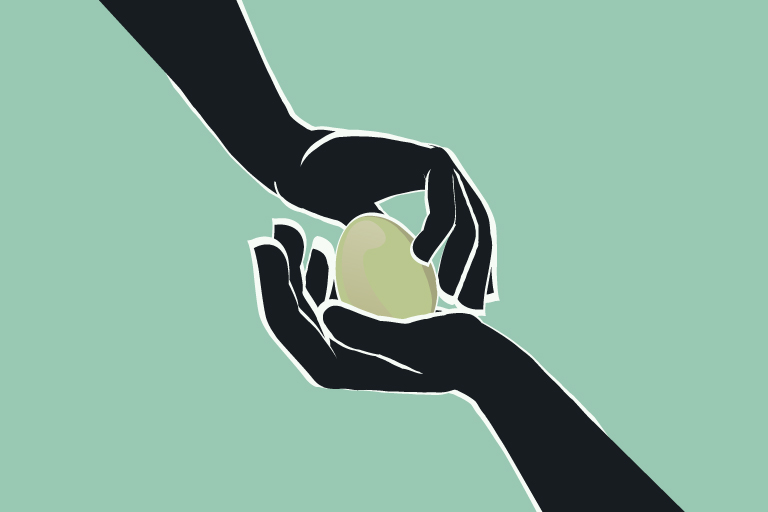 How To Bridge The Transition From Couple To Parents

Question: Our first child was born two months ago, and I feel as if my husband and I have been drifting apart. I thought that having a baby would bring us closer, but the opposite has happened. Is this normal, and what can we do to feel more connected in the months to come? Help!

What you are sharing is typical of most new parents’ relationships. So much has changed over the past couple of months. The months that you “grew” your baby likely drew you even closer to one another — attending doctor’s appointments, hearing your baby’s heartbeat for the first time, watching your baby move in utero during ultrasound visits, holding hands atop your belly as you felt your baby move over the months leading up to the birth. Then, after your baby was born, your bubble of basking in the glow of pregnancy burst. Although you now hold this miracle of life in your hands, you are also feeling the exhaustion all new parents feel.

You are living in a world where your baby knows no difference between day and night. You likely get no more than four to six hours of sleep at any time, if you are lucky. Sometimes you may not shower until someone gives you some respite so that you can take care of yourself for 20 minutes. If this intense and dramatic lifestyle shift wasn’t enough of a shock, your hormones are chopping and changing from one day to the next. The last thing you feel like doing when you finally fall into bed is giving more of yourself to another human being, physically or emotionally.

So, often dads feel neglected. Their lives often return to pre-baby–sometimes causing moms to feel a little resentful–and when they are at home, they sometimes feel that they are in the way. Dads see that you are trying to establish a routine. Not having as much experience with the baby, they sometimes feel that they are more hindrance than help. They yearn to be close to you but are sometimes pushed away because you’re getting all the physical contact you need, especially if you’re breastfeeding.

1. Talk to each other. If you’re feeling cranky because you’re overtired, or are resentful that your husband is socializing with friends after work, tell him. Ask your husband how he is feeling, too. Even if you think that he’s an amazing help when he’s home and that how you’re feeling is not his fault, it’s normal to feel somewhat disconnected as you begin to redefine your roles as a family of three.

2. Don’t treat dad as a babysitter. Although you may be the primary caregiver, step aside to allow dad to find his way and gain confidence. He may not be as comfortable as you because he doesn’t have as much opportunity to practise, but encourage his involvement and make sure he knows his participation in your child’s life is as important as yours. Don’t make the mistake of thinking that you’re the only one who can look after your child; you’re a team.

3. Find a babysitter, even for a short outing. Go out for breakfast or even run some errands together the way you used to. Even if you can’t get out, try to schedule some time while your baby is sleeping to reconnect. Making time for one another by sharing a bubble bath, giving each other a foot massage or even watching a movie at home can help bridge the gap. Be gentle and patient with one another and in time you will feel more like you used to.

< Do I Need A Routine For My Baby? Moms Reveal What They Would’ve Done Differently >