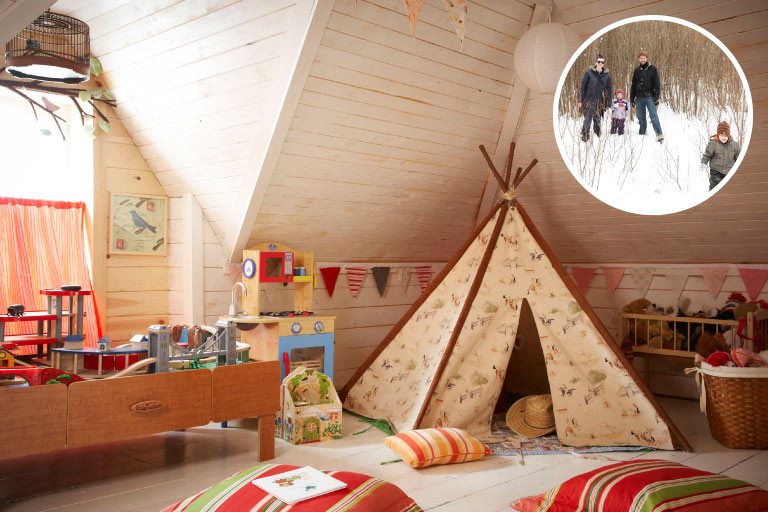 A few summers ago, Rachel and Paul sold their house in the city and moved to the country with their twin toddlers. They found an old family farmhouse that had suffered years of neglect. Within a few months, they brought it back to life, restoring its vintage charm, and created a unique home that perfectly reflects their young family.

OCCUPATIONS: Rachel is an illustrator and proud co-owner of a vintage store called Sunday’s Child. Paul’s an art director and avid birdwatcher. He’s vowed to tattoo the name of every bird he spots this year somewhere on his body. 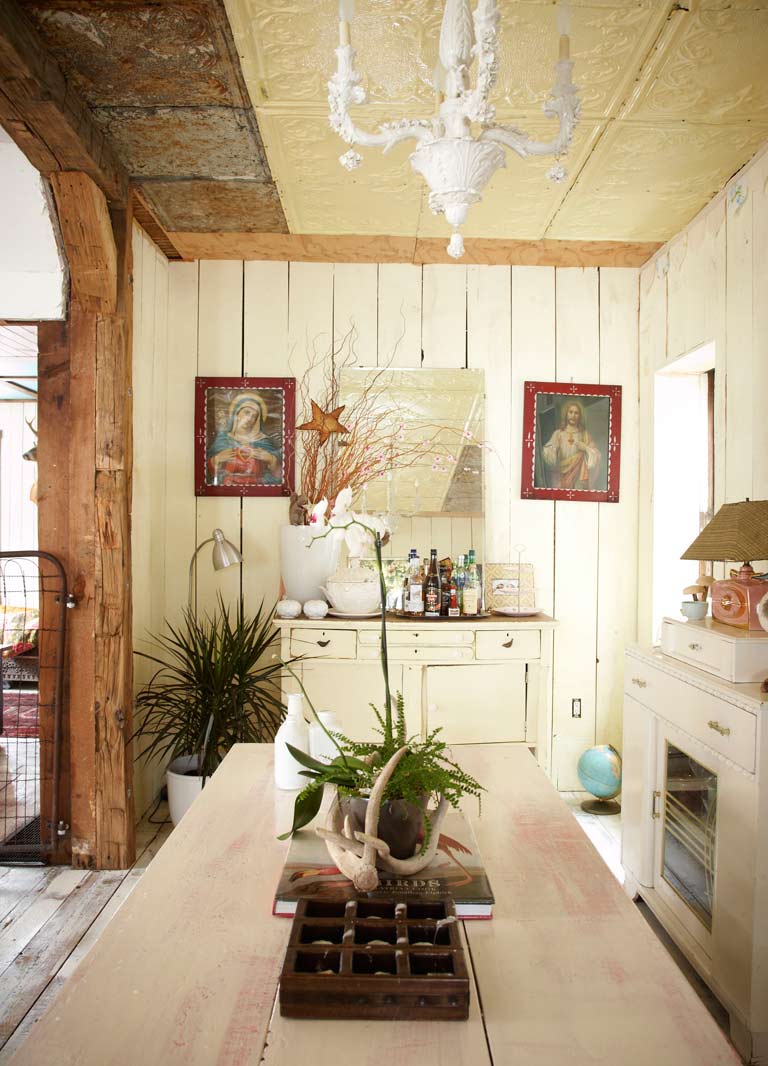 How long have you lived in your home?
Rachel says… Six months.

Got any pets or kids?
Paul says… Three-year-old twins, Shep and Georgia, and a Chihuahua called Lucy. 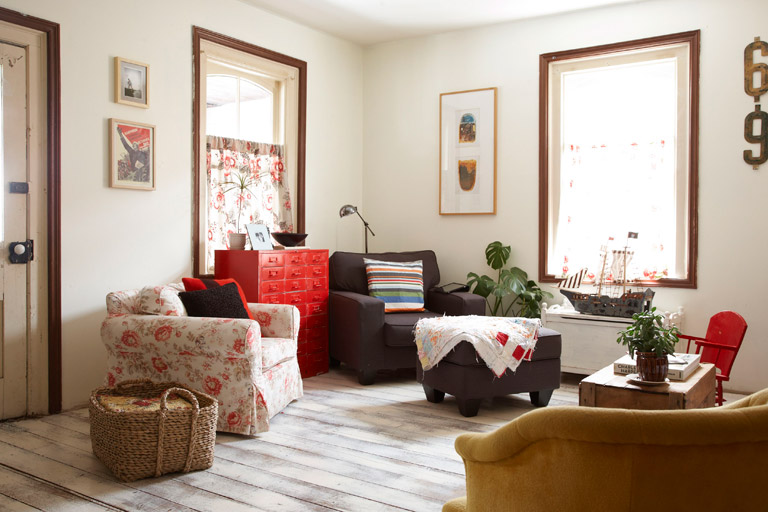 Why’d you move to the country?
Rachel says… I wasn’t sold on the idea initially; I like the city and really loved my house. Paul brought up the idea when we were on vacation, floating in the Caribbean Sea, rum in hand. I was so mellow that I didn’t shoot it down completely. Back home, I mulled it over and thought about what I really want for my kids, and the move just made sense. The thought of living mortgage-free didn’t hurt either! And when I saw the farmhouse in person, it was love at first sight! 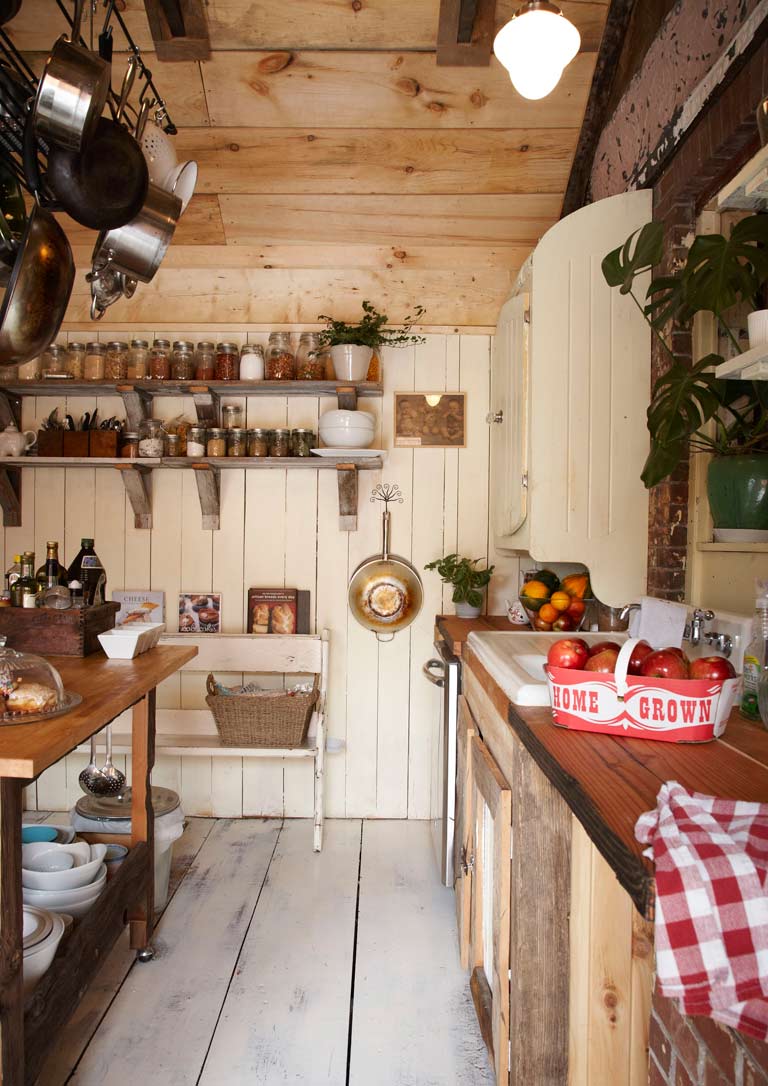 How did it look when you first moved in?
Rachel says… It looked sad. Like it had once been something special but that it was sagging under too many years of neglect. Under all that rubble and dust there was a glimmer of promise–what it could be again given the chance. 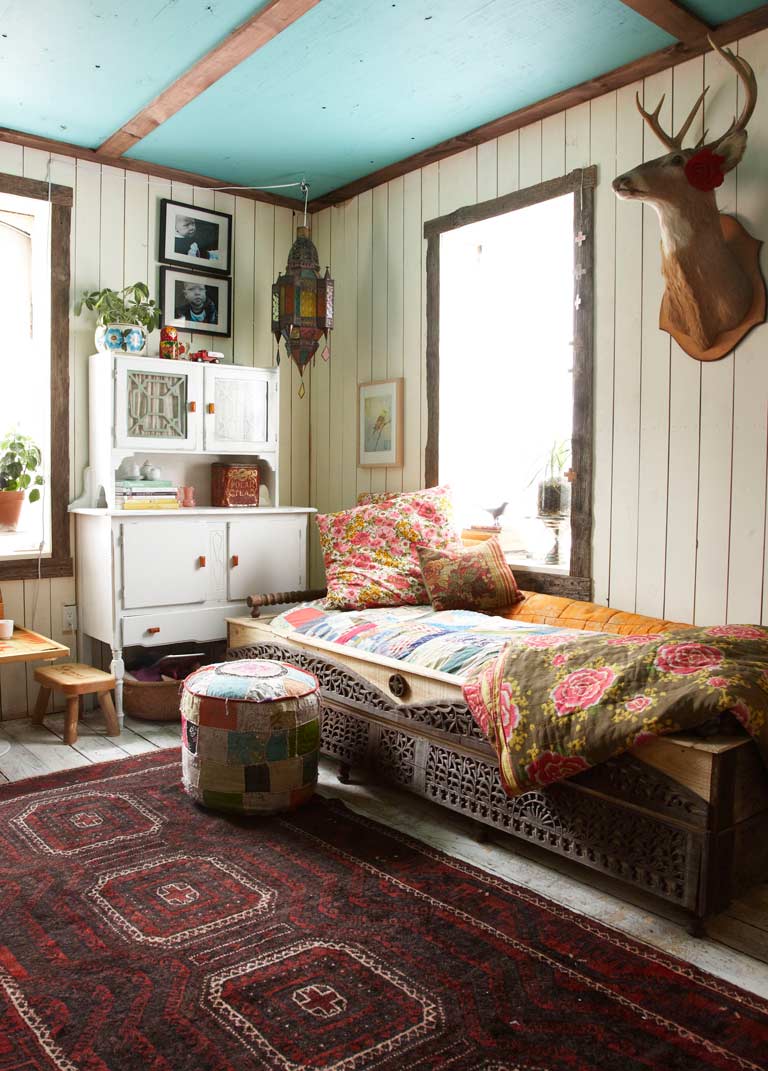 From where did you get your design inspiration for this house?
Rachel says… The house itself was a big inspiration: wide plank floors, gorgeous brick, a sunny front porch; it was easy to imagine what it used to look like.
Paul says… For me, I always loved the look of the houses in old TV westerns: wood walls and big windows. We really just wanted to restore it to its former glory. I don’t like seeing an old house, which should be full of character, but looks brand new on the inside. 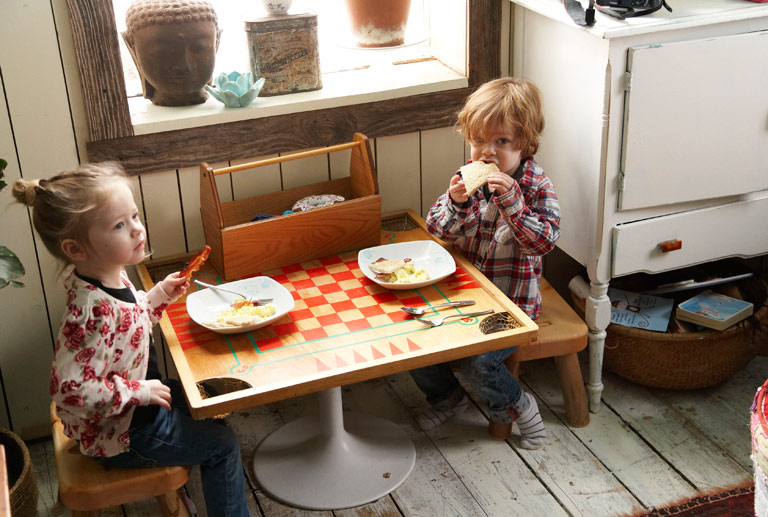 You worked very closely with local builders and craftsmen on this house. How was that process?
Paul says… We wanted our reno to be done using only local tradesmen and as many local materials as possible. All the wood came from local mills. Tin ceilings were purchased from a place nearby. The guys we used worked fast and very hard. We had done a few renos in the city that cost twice as much, took three times as long and I think took many years off my life. When your tradesmen live in town, they are way more accountable. 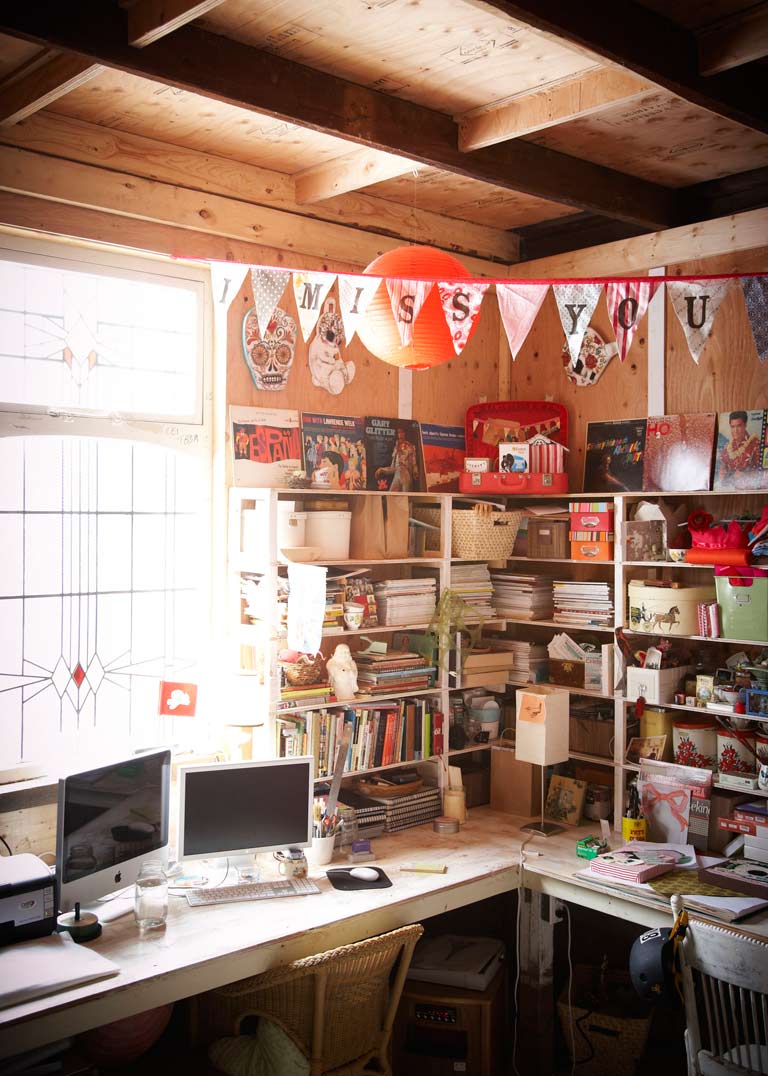 Do you have a favorite moment or place in your new home?
Rachel says… For me, it’s my studio. Although, our bedroom gets the most gorgeous soft light in the late afternoon. I chose to have a claw-foot tub in our bedroom over a walk-in closet. I can lay on my bed in a patch of warm sun reading a book while my kids have a bubble bath..
Paul says… I love sitting on the grey chair in the corner of the living room, feet up on a stool, drinking a glass of beer, with the kids sitting next to me playing Shape-O on our iPads. My guess is that will change to the covered porch when the weather warms up. 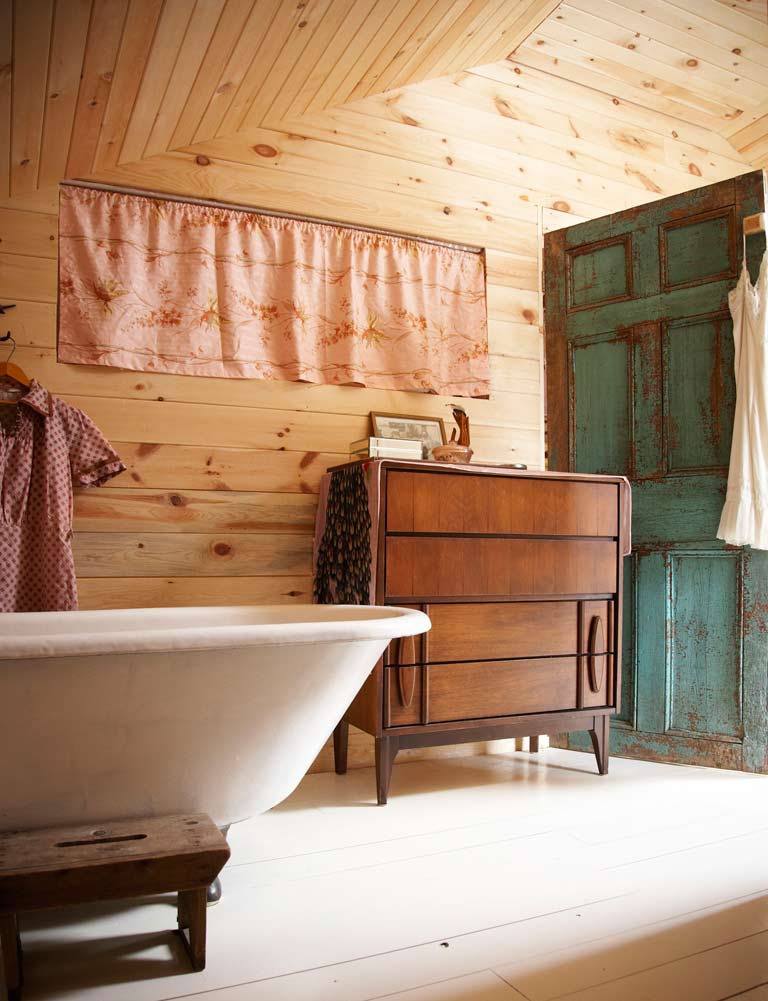 If you had to choose one object or room that best describes you, what would it be?
Rachel says… The studio: messy and chaotic on the outside, creative on the inside.
Paul says… The restored barn door in the bathroom. It’s squeaky and hard to deal with, but people seem to enjoy it for some reason. 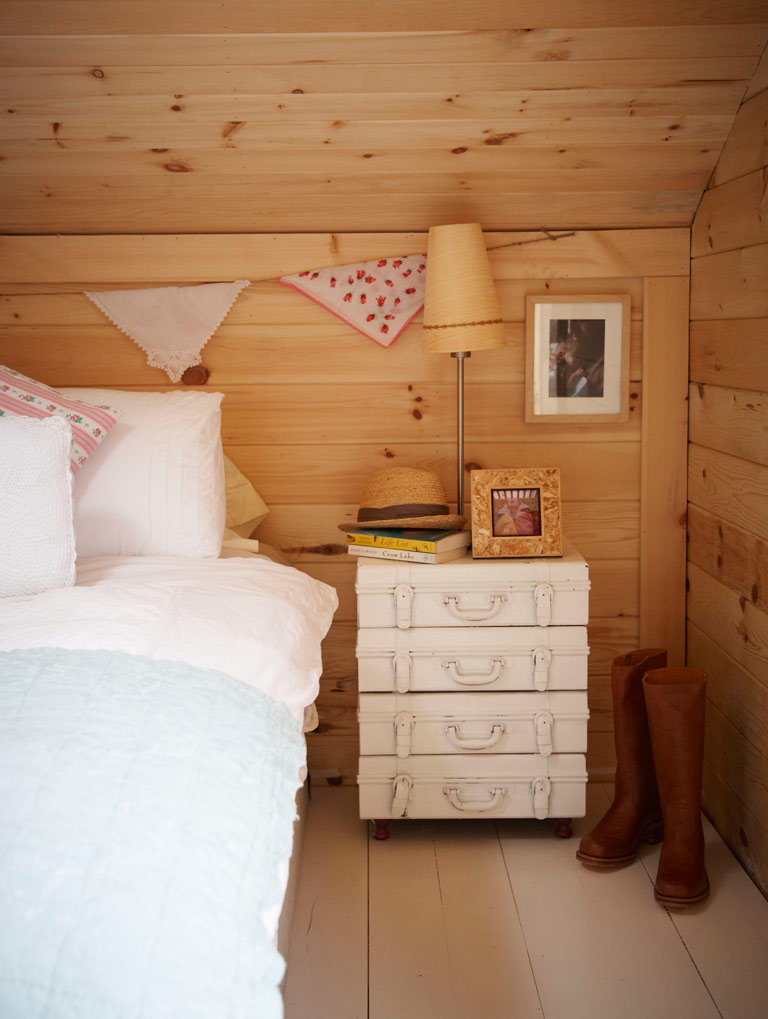 Best thing about living in the country?
Rachel says… Clean, wide-open spaces, grocery shopping, neighboring farms, random strangers giving you a cheery wave as they drive by.
Paul says… The trees, the creek in our backyard, the smell of it all, and of course, the birds!

As featured in The Marion House Book, a buzz-worthy blog and collection of stories devoted to interior design, cooking, baking and DIY stuff.