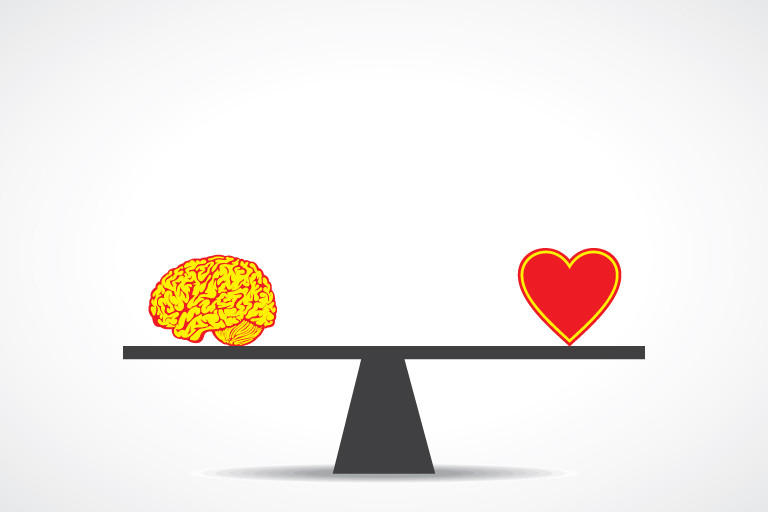 When I met my husband, he was doing a Ph.D. in philosophy and firmly on the road to an academic career. This was what my hard-core engineer dad referred to as an intellectual holiday, not a real job.

Certainly there was an insular character to philosophy that I didn’t quite get. All these über-smart people talking about Hegel, Wittgenstein and Kant in their own private bubble. With their collective brainpower they could easily solve world hunger in an afternoon if only they diverted their attention to more practical matters.

So when my husband applied to law school, I saw that as a good career move. It was hard not to dream about what a cozy life it would be married to a lawyer. My days could be spent pursuing lessons in French cuisine, vacationing in Bora Bora, and volunteering at the private school our future kids would of course attend.

But that’s not what happened. After he graduated from law school he received attractive offers from corporate firms that would be a stepping-stone to a pretty cushy life (for me at least). He also received an offer from a small prestigious criminal defence firm that came with a miniscule salary but a gigantic opportunity to do work that was consistent with both of our values. We came to the decision together that he would follow his heart

Now, almost two decades later, I am ridiculously proud of him. Despite his many professional accomplishments, he remains humble, down-to-earth and a very devoted husband and father. I adore him for this. But there is a downside too. Having spent his most formative years as a philosopher, my husband does not run his law practice like an entrepreneur. He runs his law practice like Plato.

Plato maintained that making money and doing the work of a profession are two separate things. There is an inherent conflict between the two. So, when you are a lawyer, your job is to practice law. It is not to practice making money.

Therefore good men will not be willing to rule for the sake of either money or honor. They do not want to be called hirelings if they openly receive payment for ruling, nor, if they provide themselves with it secretly, to be called thieves. (Plato’s Republic, Book 1)

My husband operates his business by Plato’s principles. But running a law practice requires a climb down from the ivory tower to get one’s hands dirty in mundane administrative work like billing clients. If, that is, one wants to make a decent living.

In my mind “the deal” I signed up for in supporting his career choice was that he would run his business in a way that was more “entrepreneur” than “philosopher.” After all, shouldn’t my fear of having to eat cat food and live in one of our kid’s basements when we get older count for something? Doesn’t he have a responsibility to care about our family’s future as much as he cares about those of his clients?

But what assumptions was I making — and why? Was I pressuring my husband to make more money because I wanted “the man” to be the dominant player in the career game and the chief breadwinner for our family? Was my traditional view even realistic given my husband’s egalitarian values, his belief that women (including me) are just as capable as men, and that he respects those who pursue their careers with passion?

It took us almost three decades as a couple to ask the question, “What do we expect from each other’s careers?” Turns out we were both making some pretty flawed assumptions. Shockingly, I wasn’t the only one feeling a degree of resentment.

We seem to have more clarity now. Better late than never.

filed under: advice
< The Couple Vault 4 Simple Rules For Surviving A Long-Distance Relationship >