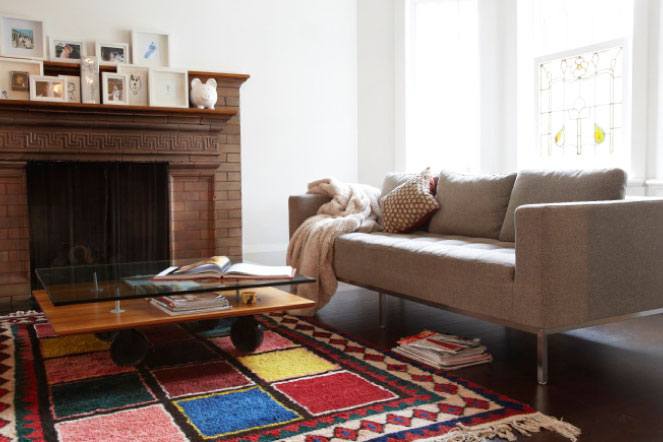 OCCUPATIONS: Hasnain is a photographer who likes anything minimal. Mahshad is a therapist-in-training who’s beginning to like winter a little more.

When Hasnain and Mahshad bought their century-old house, it had been completely overhauled by a conscientious albeit sales-oriented contractor. Hoping to attract as many buyers as possible, the house was washed in a sea of beige blandness. But the ambitious couple knew they could breathe new life into the sedate space. Having previously lived in an open-concept downtown condo, they imported their large-scale modern furniture and impressive light fixtures. With the addition of Hasnain’s photographs, as well as objects from Mahshad’s native Iran, the home has become an exuberant blend of traditional and contemporary styles.

How long have you lived in your home?
Mahshad says… A year and a half.

Got any kids and/or animals?
Mahshad says… We have one daughter, Sophia, and a cat called Hug. 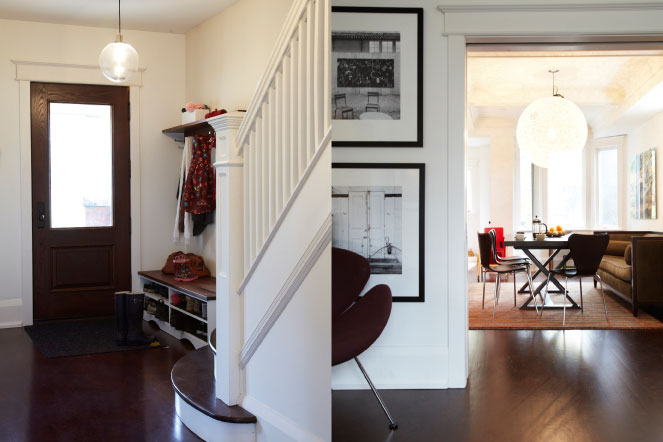 What is your favorite room?
Hasnain says… The living-dining-kitchen room. It’s the hub of all our activities, and yet it’s so comfortable.

Mahshad says… My studio on the third floor. It’s the only place that’s mine to make as much mess in as I like. I just close the door behind me! 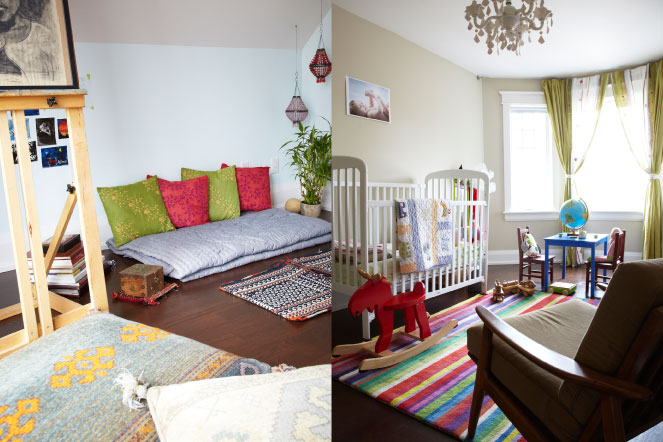 Do you have a favorite moment or time of day in your home?
Mahshad says… When the afternoon light shines in the dining room.

Do you have a favorite object?
Mahshad says… The custom walnut dresser in our bedroom, which was made by a local craftsman.
Hasnain says… The chalkboard wall we put in the kitchen. It’s a great place for our grocery lists and Sophia’s drawings–keeping the rest of the walls safe! 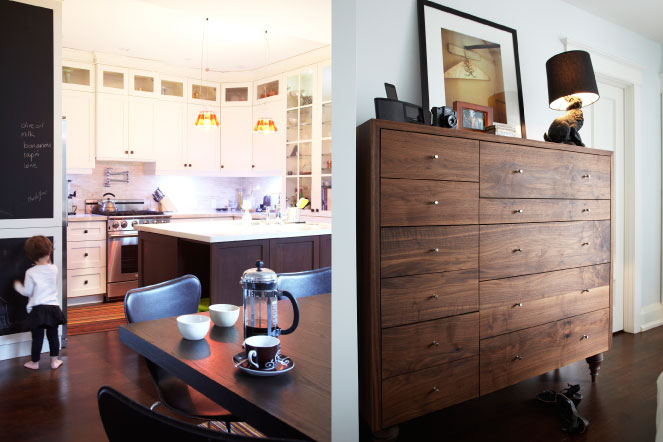 Got any upcoming home projects?
Mahshad says… Landscaping the backyard.
Hasnain says… To make a living garden on the garage roof.

Anything you would change?
Mahshad says… The dark brown stain on the floors. It shows every little scratch and mark.
Hasnain says… I’d love a wider staircase.

And what would you never ever change?
Mahshad says… Our hundred-year-old house was completely gutted before we bought it and finished in a generic contractor’s beige. We’re slowly adding some color and personalizing it. But we won’t be touching what was left of the original features: the fireplace, staircase and pocket doors between the living and dining rooms.
Hasnain says… What she said. 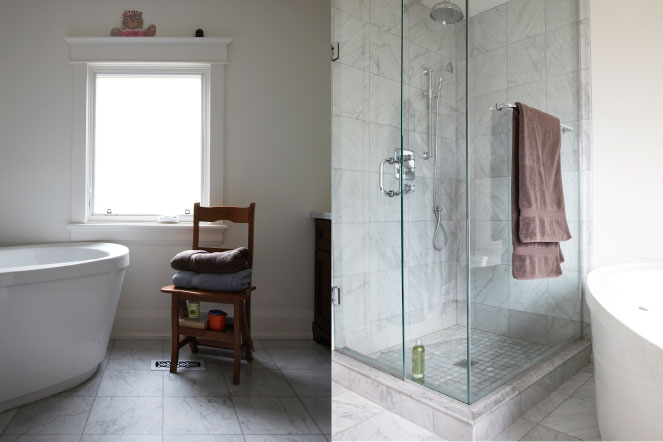 As featured in The Marion House Book, a buzz-worthy blog and collection of stories devoted to interior design, cooking, baking and DIY stuff.