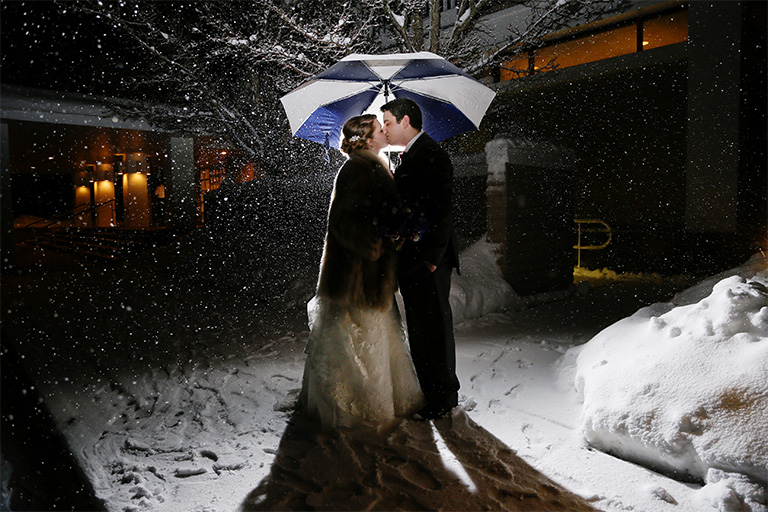 For those who love winter, snow is likely part of the appeal of a winter wedding, but what if there’s a storm dumping a foot of it? Luckily for Emily and Alex, their wedding in Ipswich, Massachusetts went ahead in spite of the blizzard, and was even more magical and festive because of all that snow!

They and their guests were cozy and warm inside the Ipswich Country Club. The ceremony was held in front of picture windows with the storm as a dramatic backdrop, and with the reception in the same venue, no one had to venture out all day. It was a fitting sequel to Alex’s proposal, which took place on a cold New Year’s Eve complete with fireworks. (The wedding celebration included fireworks too, in the form of sparklers.)

Symbolism played an important role in the wedding details. For example, memorial candles and framed photos on reserved seats paid tribute to Alex’s deceased grandfathers. His grandmother’s rosary beads (that belonged to her mother) were placed in Emily’s bouquet. “It was my something old, and meant a lot to me,” she says. Emily’s engagement ring has three diamonds representing past, present and future, and their wedding bands are engraved with the infinity symbol.

The wedding color scheme of purple and blue included one very surprising and original element. “Rather than a simple white wedding cake, I had the baker make a half-and-half cake,” says Emily. From one side, it looked like a traditional white cake, but the other side was blue with a batman design! “As soon as the ceremony was over, I took Alex by the hand and led him to the cake. He saw the back (the traditional cake) and smiled saying how great it looked, then I brought him around to the other side and his reaction was priceless! I’ve never been so excited to spill a secret!”

For more images from this wedding shot by Kristin Griffin Photography, visit the Galleries in our 2life Weddings App. 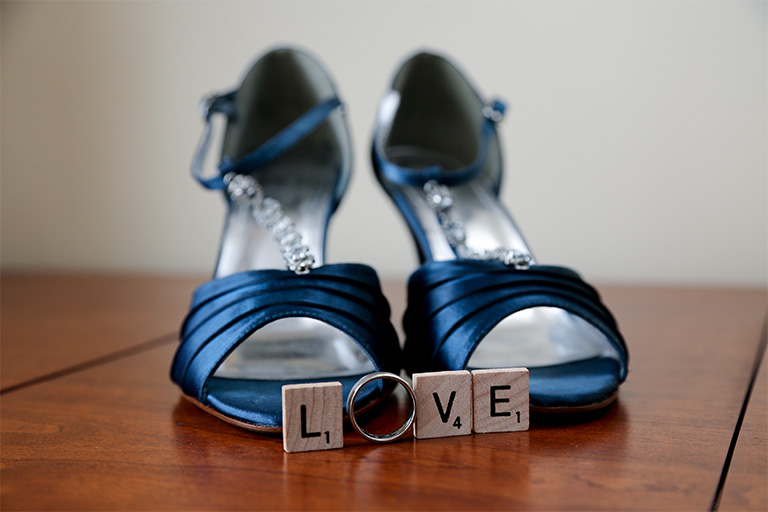 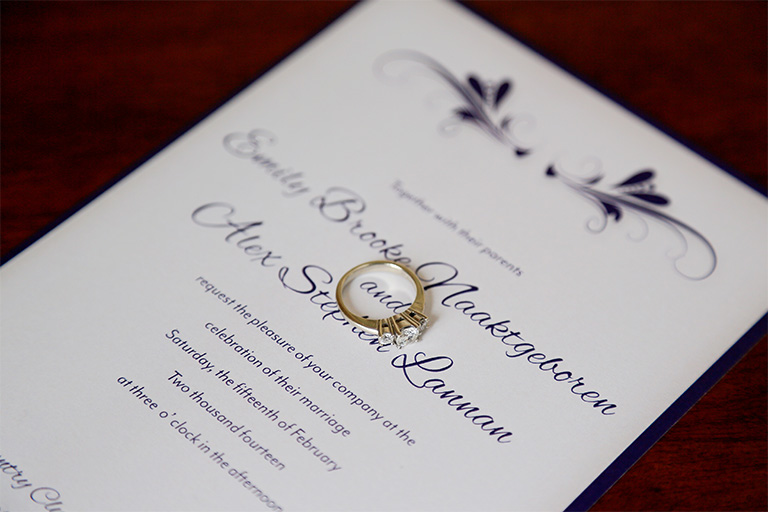 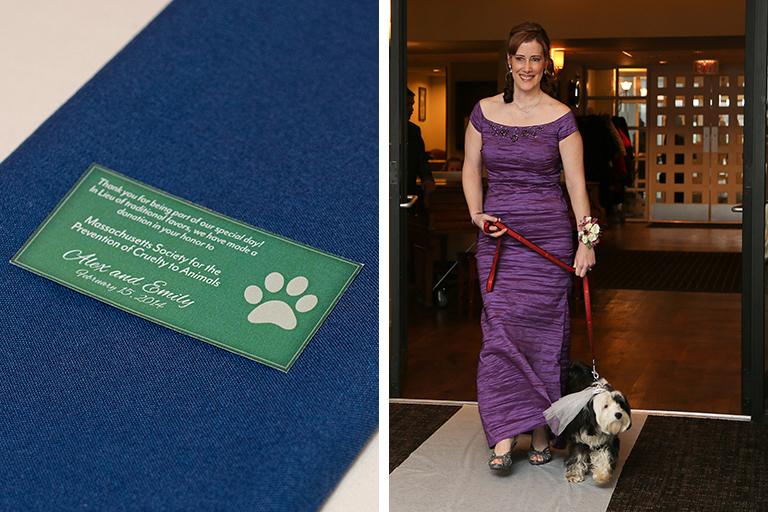 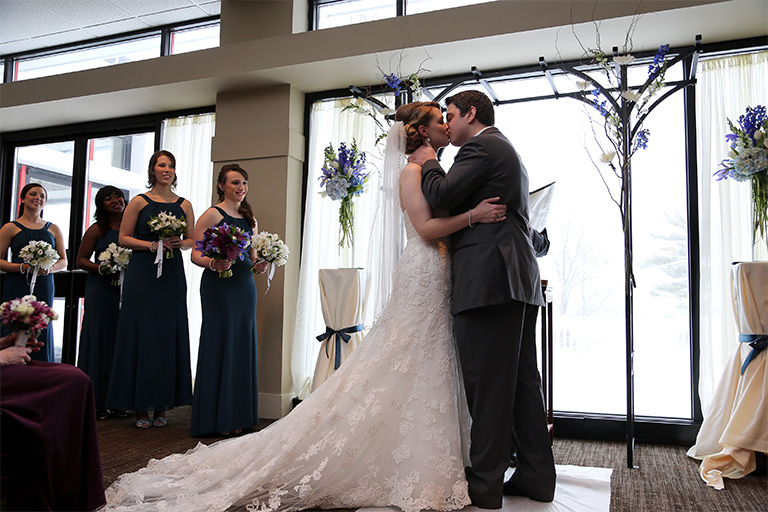 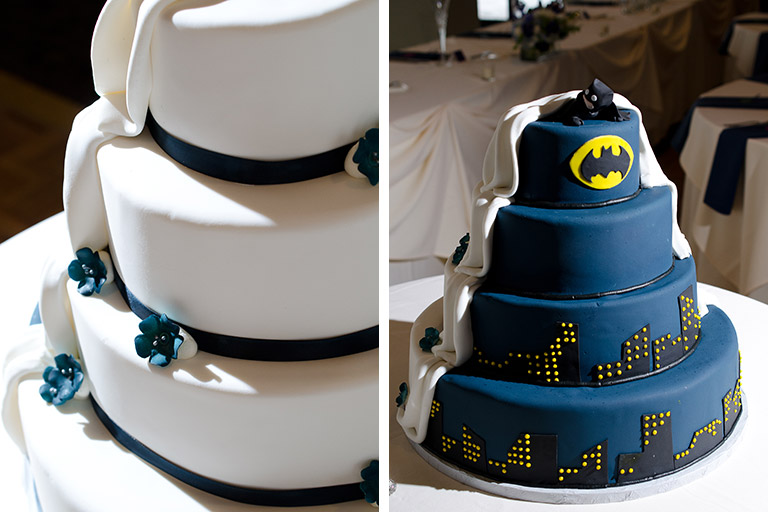 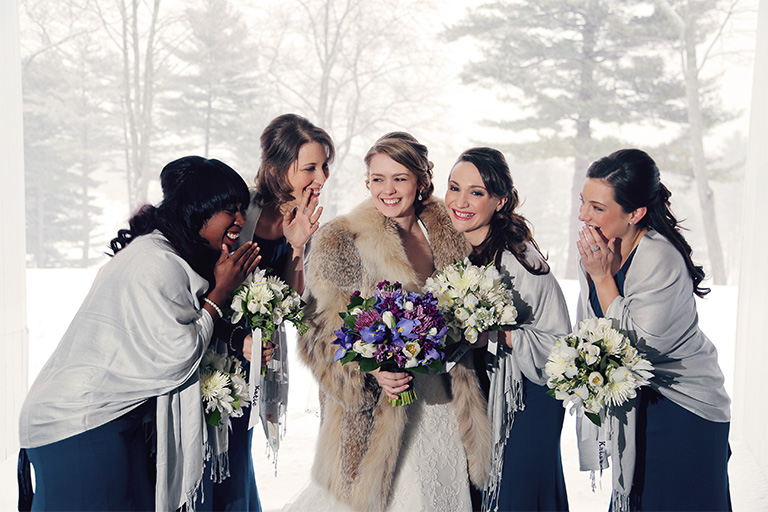 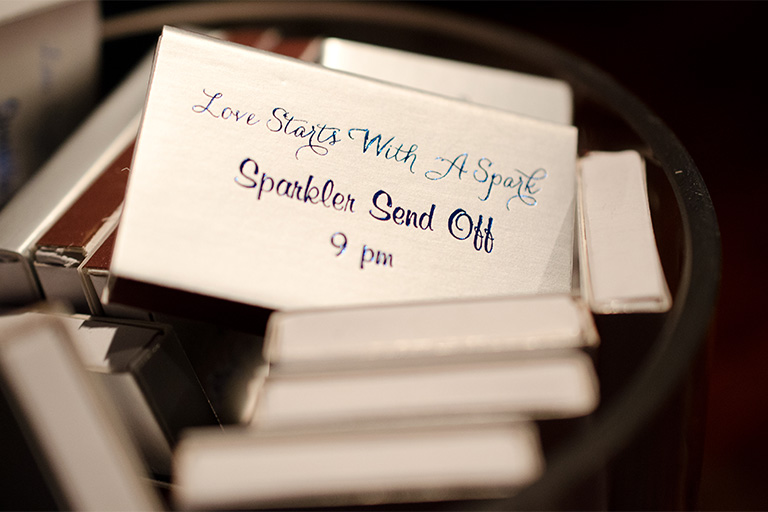 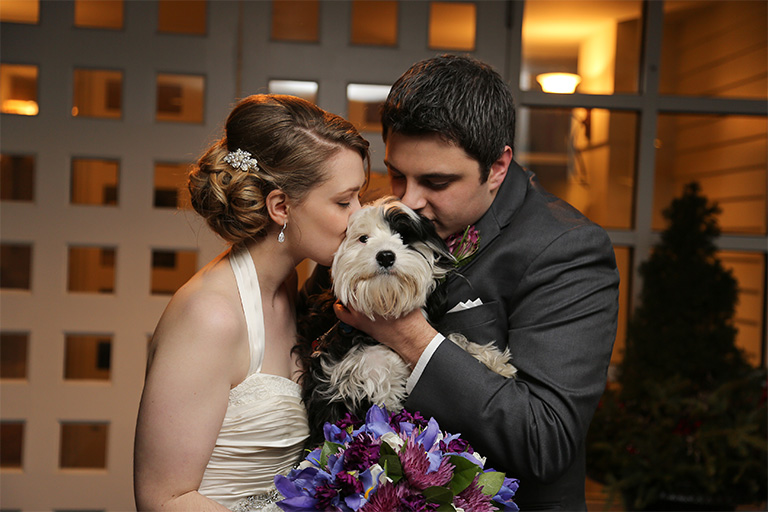 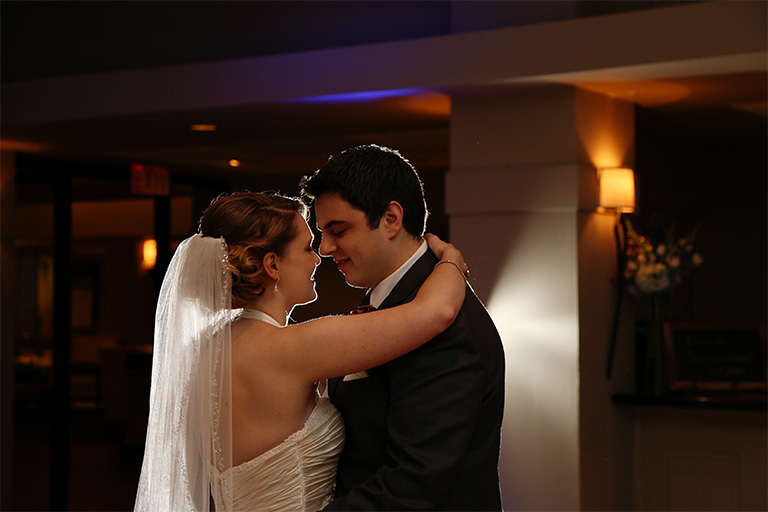