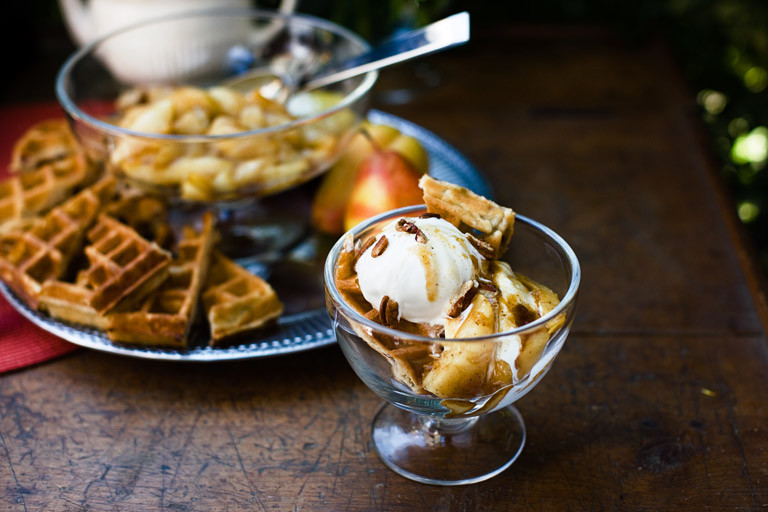 While this autumn’s pears are still readily available, try this mouthwatering dessert. The waffles have an unexpected hint of pepper, which complements pears surprisingly well.

Combine all ingredients except the pears in a large skillet. Stir in the pears. Cook over medium heat about 5 minutes, or until hot and bubbly, stirring gently.

Preheat your waffle maker. Meanwhile, combine flour, eggs, melted butter and pecan mixture in a large bowl. Mix only until moistened; some lumps may remain. Cook according to your waffle maker’s instructions.