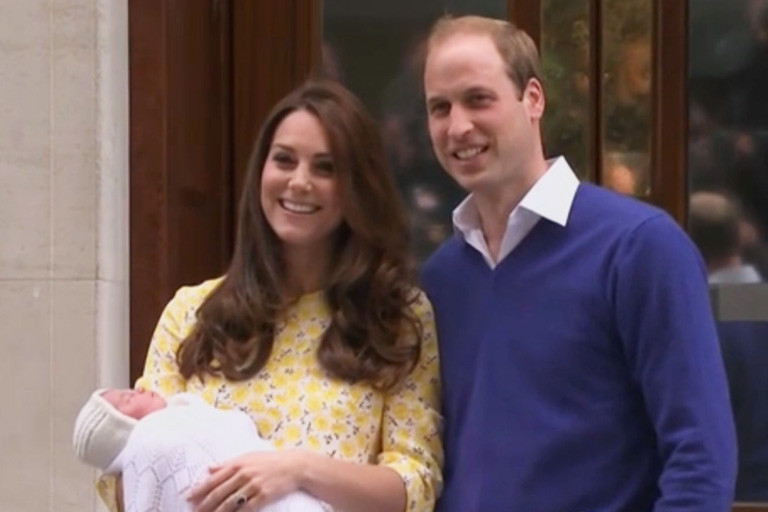 Royal Baby: Watch Will and Kate make their first appearance with their daughter

The newest member of the Royal family, born at 8.34am on May 2, 2015 and weighing 8lbs 3oz, slept right through her big moment as a beaming Duke and Duchess introduced her to the waiting world.

Prince George also made his first public appearance in the U.K. since his birth and waved to the crowd as he entered the hospital to meet his baby sister.

And her name is… Princess Charlotte Elizabeth Diana. Here, The Telegraph examines how the choice honors royal history, the Queen and Prince William’s mother.

The Duke and Duchess of Cambridge are delighted to announce that they have named their daughter Charlotte Elizabeth Diana.

The baby will be known as Her Royal Highness Princess Charlotte of Cambridge. 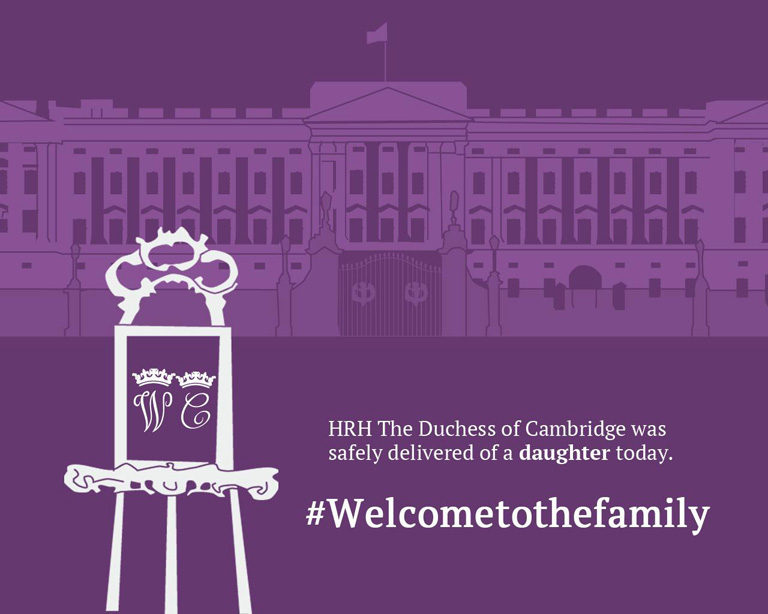 [VIDEOS VIA The Telegraph UK]

filed under: royal baby, royals, will & kate
< Fresh Style: 100 Tips & Ideas For The Modern Couple Our Gift To You: A Free One-Year Upgrade To Premium >